Walgreens did it to me again. It seems like whenever I run in there to pick up a few odds and ends, I'm beckoned to check out the toy aisle and see what repacks they have. They had two new ones this time and yes, I bought both of them. Here's the first of the them ...

Starting this one off with some nice White Sox cards. The Magglio Ordonez card is super nice and I'm pretty sure this is my third or fourth copy of the Fisk card. 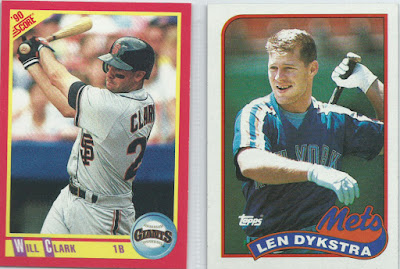 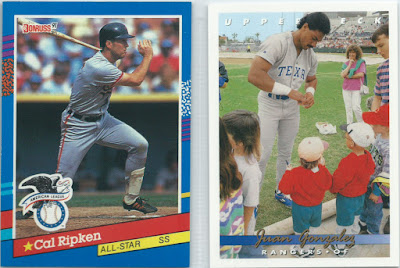 Here's a nice mixed bag of stars that were included, plus two of my favorite early 90s sets, 91 Donruss and 93 Upper Deck. 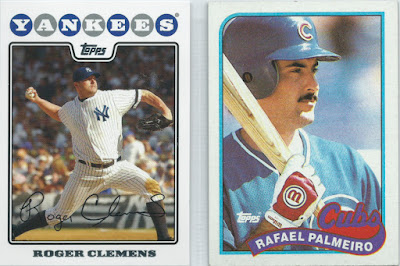 Two guys who in Clemens and Palmerio who would be in the Hall of Fame it they weren't surrounded in the steroid mix. 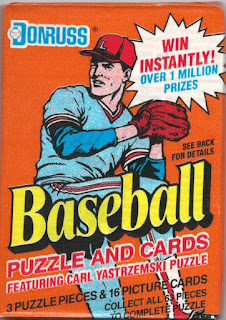 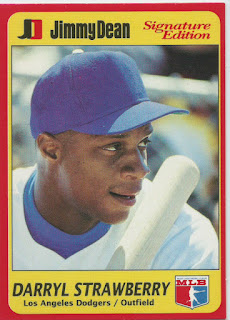 These are really cool, first is this 1990 Donruss pack (which I'm saving to start up a new blog series with) and this really cool Jimmy Dean sausage Darryl Strawberry card. I'd forgotten that everyone's favorite frozen breakfast sandwich maker had put cards in their packages. 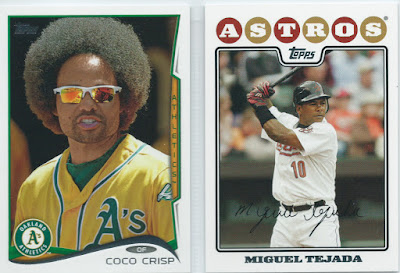 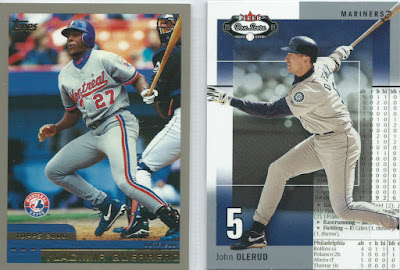 Some more modern cards, including Coco Crisp doing his best Oscar Gamble (and an image that also showed up on 2015 Allen & Ginter cards). I'd forgotten that Tejada had played for the Orioles at all. 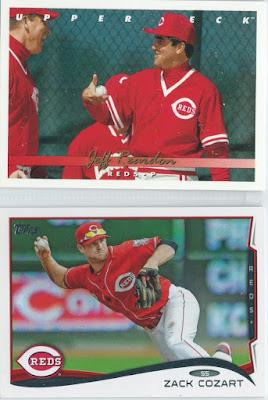 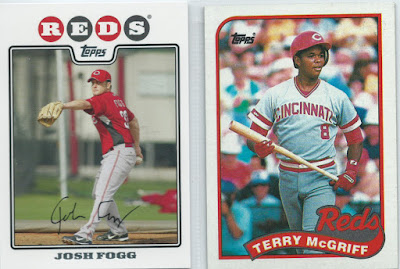 Here are the obligatory Reds cards. Wait a minute, that Cozart image looks familiar, it's the same image as his 2015 Allen & Ginter card! So that makes two cards from 2014 base set that were recycled into the 2015 Allen & Ginter set. Oh well, these go into the Reds binder regardless. 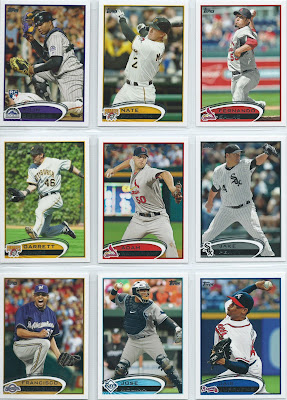 Lastly, this pack was loaded with 2012 Topps base set cards. I have a soft spot for this set and these were the first packs I bought when I got back into collecting and I'll add these to my 2012-2013 binder.

I think there's only one thing left to say ... resistance is futile.