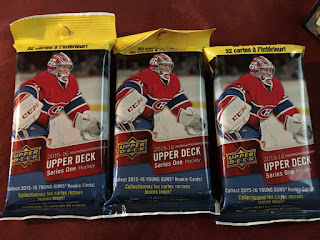 The family and I stopped at Target a while back, right before New Year's, and were looking for a few post-Christmas things and my wife was looking for a game for the Nintendo DS she got for Christmas. As usual, whenever I'm at Target, I have to check out the card section. It was picked pretty clean but there was some hockey stuff left, namely and bunch of Series 1 blasters and the three fat packs you see above. I figured that the fat packs were a better value so I grabbed all three of them. I tore into them ta while back and here's what I found.

The insert cards that were included. The one thing I would have liked to have seen would've been more inserts as there was only one per pack. Probably one of my favorite things about the Upper Deck base set are the UD Portraits inserts. 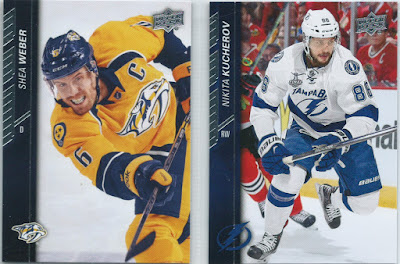 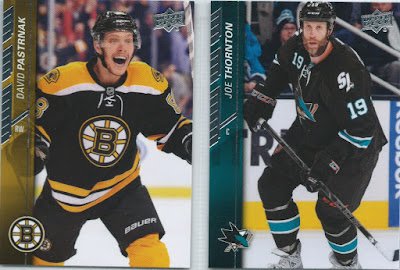 As you can imagine, with only one insert per pack, the rest of it was filled with base cards. I'll have to see how many I have but I might consider putting this together. Lots of good names here with Weber, Kucherov, Pasternak, and Thornton. 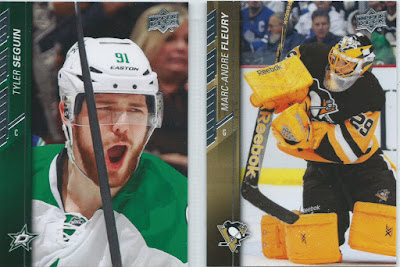 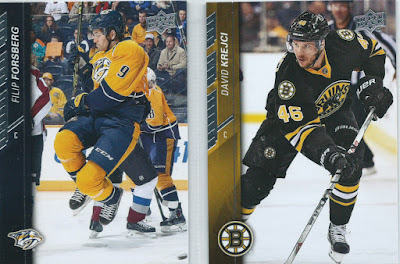 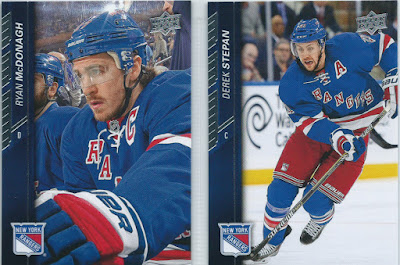 Another batch of base cards. Fleury, Krejci, and Stepan are the highlights here. 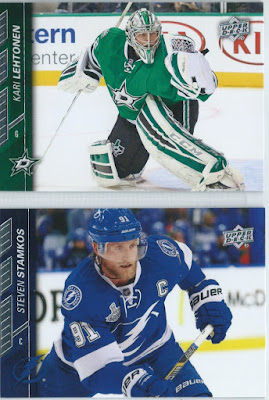 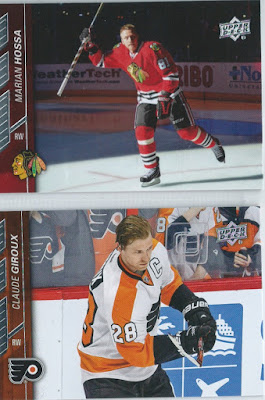 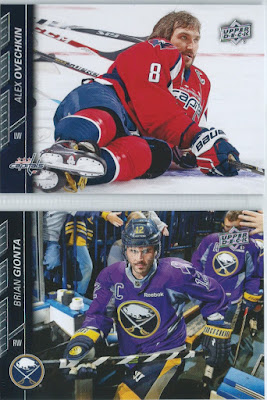 And to close this out, a bunch of horizontals. I really like Dallas' green uniforms. I know I've shown the Giroux before on here when I broke the tin a while back. Ovechkin simply has this "I'm awesome and I know it" pose and to close it out, a card that shows Buffalo's purple sweaters in all their glory.

I probably won't get any more fat packs since there was only one insert per pack and I was hoping for more. I would say that if you're going to buy this retail, then the collectible tin will be your best bet.