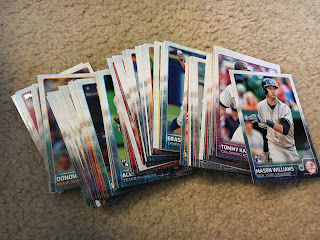 The 2016 baseball card season may be upon us but 2015 still lingers, especially with the contest winnings I got from proprietor of the 2x3 Heroes blog and noted White Sox enthusiast, Jeff. I entered and much to my surprise won a nice bubble mailer full of 2015 Topps. 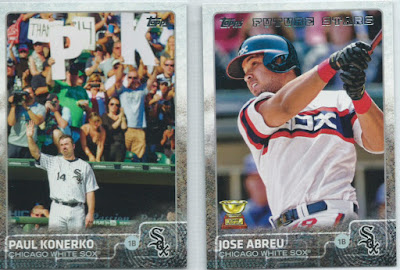 Since Jeff is such a fan of the White Sox, let's start there. The Konerko card is a great send-off card and I really like Abreu in the throwback Sox jersey. 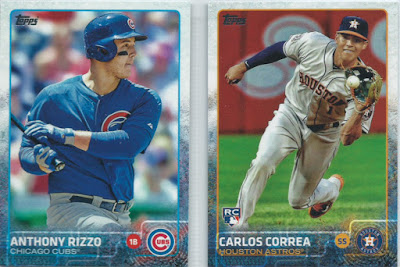 The north siders are primed for a huge 2016 after making it all the way to the NLCS this year and Rizzo is one of the guys I'm looking forward to seeing on a regular basis, since the Reds and Cubs are in the same division. It was awesome to see the Correa rookie in the batch! Even though I'm not much of a rookie collector/prospector, it was a card I was secretly hoping I would pull. 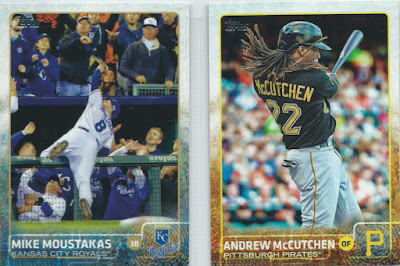 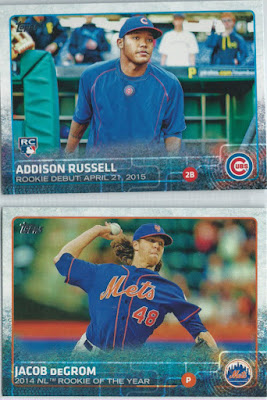 Here are a few more main set highlights. That catch that Moustakas is making looks painful. Russell is another of the great batch of youngsters that the Cubs have. 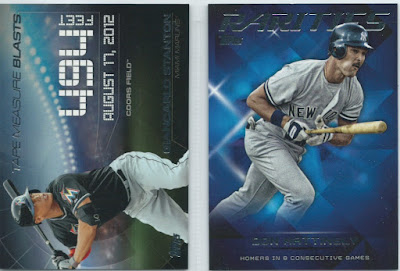 These were the only inserts in the batch. The more I see of them, the more I like the tape measure blast cards. Can't say I've come across the rarities insert in the packs of 2015 flagship I opened but its a pretty cool card. 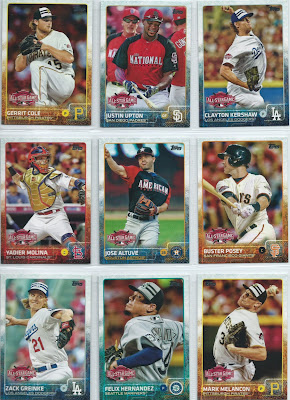 Finally, as is no secret, I'm putting together the set of all the All-Star Game and Home Run Derby cards. Besides the ones shown above, there were probably 5-7 others that I didn't scan in.

Big thanks to Jeff for the great envelope of 2015 Topps. I haven't opened any 2016 Topps yet but I will eventually, although I'm sort of leaning towards Heritage being the first 2016 packs I buy. It's going to be hard to beat 2015 though, especially since there is so much cool stuff from then yet to discover.