Doldrums (I'm Not Dead Yet) 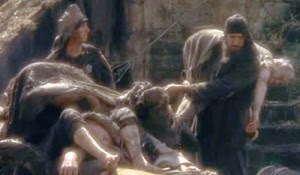 I'll admit. I've been in a bit of a blogging funk recently.

I haven't just felt the urge to write or really do much of anything on the blogs. Now, I could make excuses and blame this on a number of things ... no public wi-fi at work now, working lots of overtime recently, busy at home and not much time to blog, etc. But I won't. I'll just blame myself and the fact that I just haven't felt the urge to sit down and write a blog post.

Some of you out there in the Twitter world my notice that my Twitter account mysteriously vanished without a trace a few weeks ago. Well, there's a good reason for that ... I deleted it. I decided that I didn't need that anymore as it had started to get way too political (something I try to avoid) and people re-tweeting random things that I have no interest in whatsoever. Pretty much the same reason I avoid Facebook (although I do have a Facebook account, mainly so I can use the messenger app). That means, aside from this medium of blogging, I'm pretty much completely dark on social media, which is something I really have no complaints about.

While the blog is not completely dead (hence the screenshot from Monty Python above), it has been neglected since the beginning of the month. I had planned on doing one of my usual wrestling VHS box posts for the WWE Survivor Series pay-per-view that just happened but I didn't make the deadline on it. I already have it half written so I'm not going to scrap it, I may just post it in December for the next WWE pay-per-view. I also have a draft going of the Seattle Mariners entry in the ongoing "Around the Horn" series (which I should really be further along in by now). I had plans on going to a card show this coming weekend as well but those got scrapped as my wife's mom and dad are coming up from North Carolina for the weekend.

I'm going to make a concerted effort to get back to blogging as I feel like my tank is nowhere near empty yet. I'm going to experiment with a work-around for the no wifi situation at work. That means I'll probably have to write my posts in the Pages app (yes, I use a MacBook and wouldn't have it any other way) and then copy and paste it when I'm done. Yeah, I might do that. Or at least try it and see how it goes. Regardless, expect to see more activity from me in the coming weeks to show that there's at least still a pulse going on here and the blog isn't dead yet. 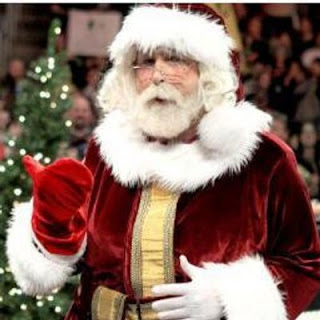 In case you didn't know, the annual blogosphere Secret Santa is back! Just one thing though, there's a new guy hosting it, that being Jon of the Penny Sleeves blog since Matt at BWTP went into blogging retirement this year.

But hurry! This is only open for a week so get signed up.
Posted by Adam at 1:30 PM 1 comment:

He Who Comes Out At Night

Just before Halloween rolled around, which by the way was a pretty rainy day in these parts, I received a surprise Halloween goodie bag from Night Owl. A guy going by the moniker of "Night Owl" sending out cards for the spookiest holiday of the year, that makes all the sense in the world. Well to me it does at least. Let's see what he included in this scary good package.

(Side note: Excuse some the glare in some of the pictures please. I was testing a new photo set up since my usual set up was unavailable.) 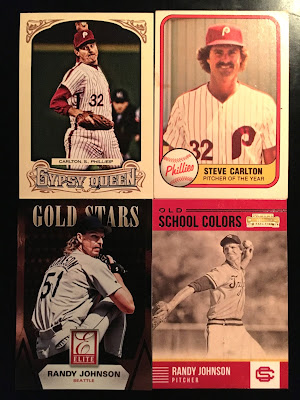 I've started collecting cards of hall-of-famers, "fan favorite" type players, and other such things recently. It's nice to have a little diversity here and there. Getting these to add in these Steve Carlton and Randy Johnson cards to the newest part of the collection was very nice. 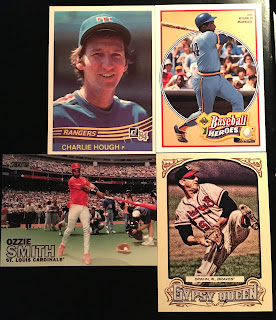 Here's a nice combo of Hall of Famers (Hank, Ozzie, and Warren Spahn) and a a dude who seemingly pitched forever in Charlie Hough. I remember being fascinated with Hough's stats as a kid and wondered how someone could hang around the big leagues that long and wasn't a big name pitcher. Also, on the Warren Spahn card, the picture looks like a reversed negative. Not sure if that's some sort of unintentional error on the part of Topps or if it's some sort of parallel version. 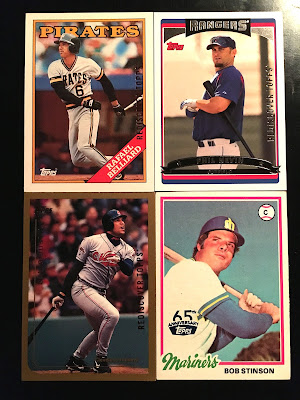 Here's a nice slew of buybacks. My buyback collection is slowly growing. I really dig the Bob Stinson card. 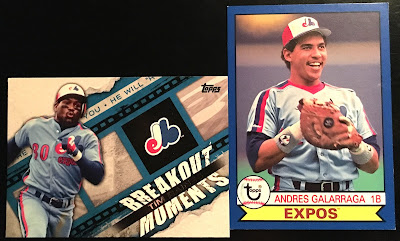 As was the case with an N.O. package, it also hit my various team collections, especially with these two really cool Expos cards. 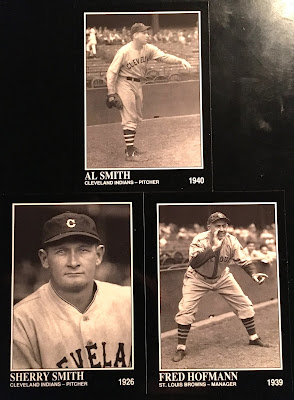 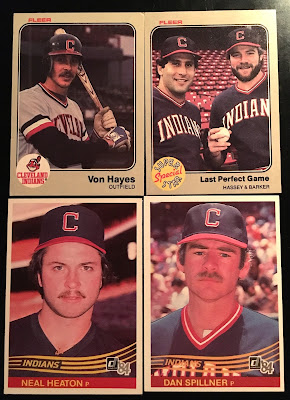 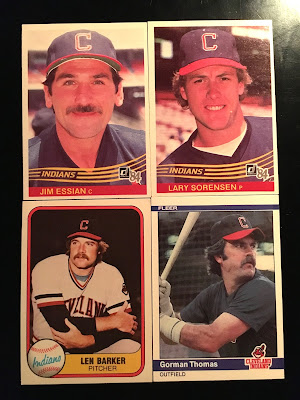 80s Indians cards including some of Len Barker, who's one of the "fan favorite" type players I like to seek out cards of here and there. 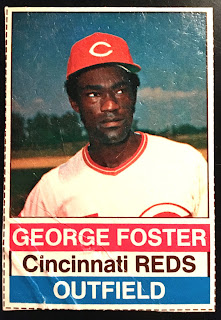 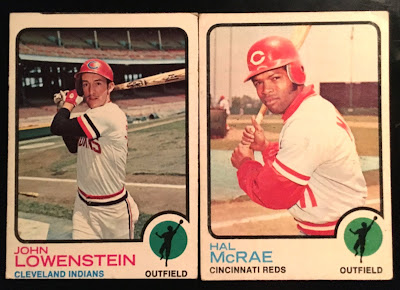 Of course, the highlight of any package from Night Owl is the vintage he includes. No package would be complete without a Hostess card. George Foster looks so annoyed in that shot it's not even funny. Of the two 1973 cards, I think I like the John Lowenstein card the best simply because of the background. 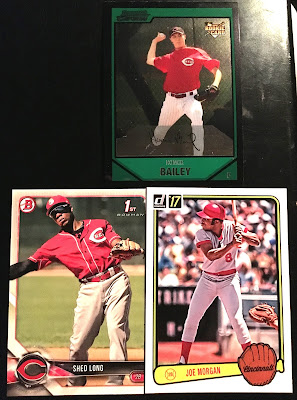 There were also a number of Reds cards included, including my first card of Reds prospect Shed Long, who the Reds need to add to the 40-man roster this year to avoid losing him in the Rule 5 draft.   There was also a Homer Bailey rookie card and the sooner the Reds get out from his albatross of a contract the better. He won a total of exactly 1 game last year. Yes, one 1 game for a guy due over $20 million this upcoming season. 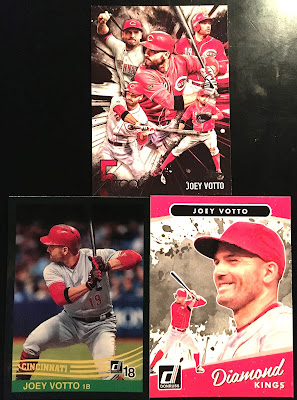 To cap off the Reds portion, there were these Joey Votto cards as well. All three are new additions. One of these days I need to figure out how many Votto cards I actually have. There's got to be a decent number.

As I mentioned earlier, that was a scary good package from Night Owl. Also, as I mentioned, I tried a new set-up with the photos this time. It didn't come out as well as I'd hoped but I'm working on some adjustments to it.