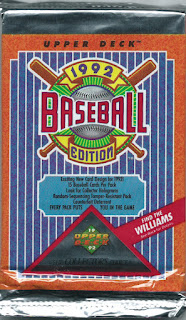 I seem to have accumulated a decent amount of junk wax packs recently and what better way to dig my way through them than to start up a blog series. It seems like every blog has some sort of ongoing feature with pack ripping, so I figured I'd start one up too. I'm calling this "Back Packs" because I'll be ripping into old packs of stuff I collect. While this will mainly be baseball, there will be some other stuff from time to time, but the main focus will be baseball packs. They may not be all from the junk wax era either, it just depends on what I find at the flea market, card shows, etc.

To start this off, I'm going to tear into a pack of 1992 Upper Deck. This came out of one of the Walgreens repacks I've been known to pick up on occasion. This is one of my favorite designs of the early 90s, mainly because of the fun team logos at the bottom right of each card and the awesome photography. There are 15 cards in a pack for this and I'll show all of them and comment on certain cards as I go. 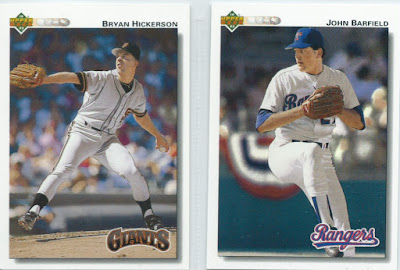 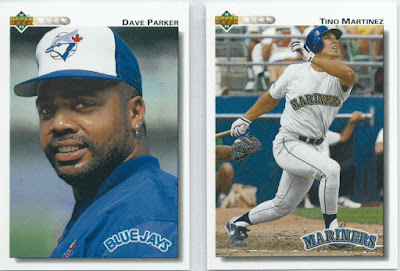 Two good players here. I had no clue that Dave Parker was still playing in 92, let alone with the Blue Jays. The thing I remember Tino Martinez for is winning the Home Run Derby in 1997 at Jacobs Field. 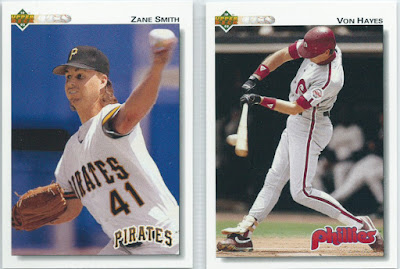 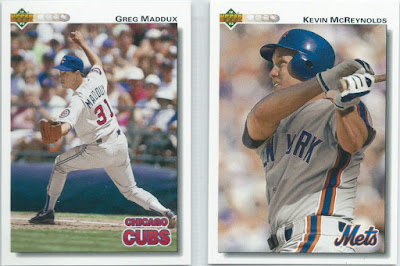 I really like the Maddux card. It's rare that you find cards of pitchers doing something other than pitching. 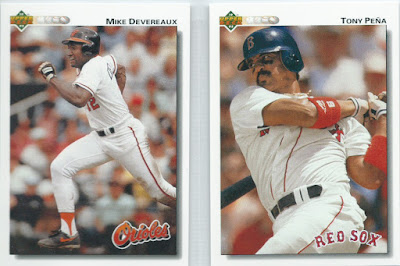 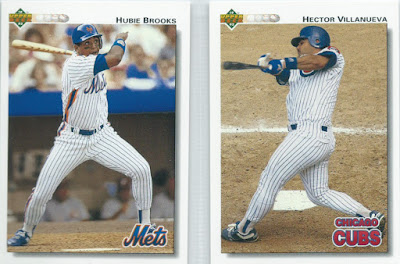 This was a very bland pack, only three decent pulls in Parker, Martinez, and Maddux and I guess Tony Pena could be thrown in there too. Never was a big fan of the Baseball Heroes insert set. It's a good thing this came in the retail repack (review coming soon) as I wouldn't have bought this on my own.

Hope you liked this premiere edition of "Back Packs". It might still be a little rough around the edges but after a few of these, I'll get the hang of it.