Before I dive into this, I want to take just a quick moment to thank everyone for congratulatory comments and kind words on the Year 3 post I put up over the weekend. I really appreciate everyone taking the time to read my ramblings on cards. Now, on with the show .... 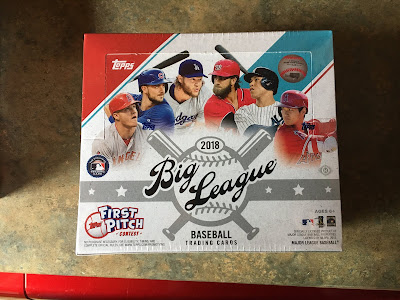 Recently, my aunt was in town doing her yearly summer visit from Tulsa and as is tradition, I tend to get some cards as a late Father's Day present. I went for a box of the new Topps Big League and I also opted for a box of Series 2.

Since Big League is new, I opted to bust into it first. I had intended on doing six packs at a time but my five year old and I went a little crazy the other day and tore open 11 packs, which is more than I intended. So, I'll show off the highlights of those 11 packs here and the remainder here shortly. 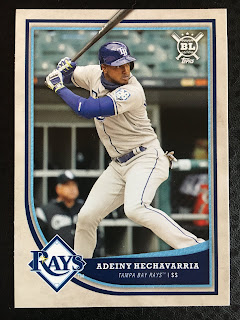 Here's the first card from the first pack I opened. Remember back in the spring I said I was going to show the first card of a product I opened? Well, I'm continuing that trend here. 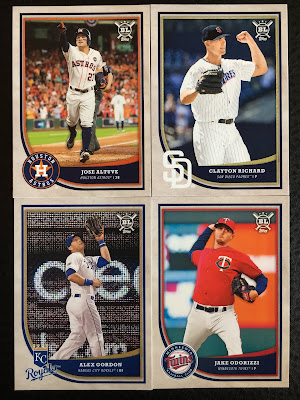 Here's a sampling of random base cards I liked. I really like the design on these. It's got a tiny bit of an old school feel with some really great photography and a big team logo at the bottom left. Also, I tried to not show cards of the major stars, I went for cards that I thought stood out to me in general. Probably my favorite of these is Clayton Richard with the 90s throwback Padres uniform on. 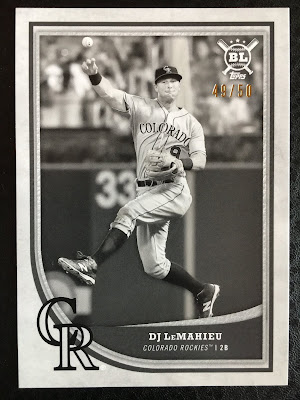 These black and white parallels are pretty cool and they're numbered out of 50. 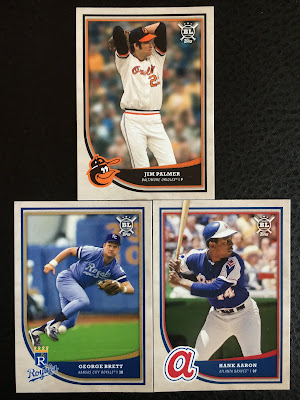 Legends cards are always fun. I really like the Hank Aaron card as the uniform looks like it's from the 70s. 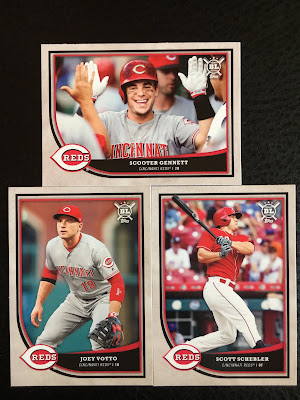 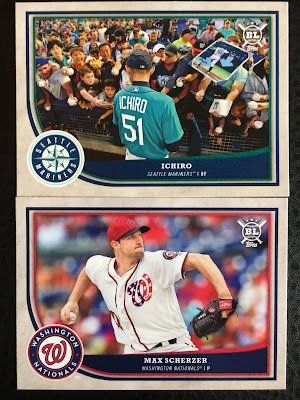 Really cool horizontal cards but that Ichiro card ... just wow. That's gotta be in the running for my favorite cards of the year so far. 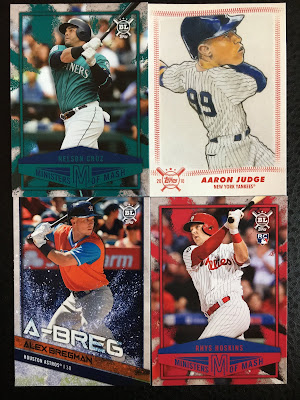 These may look like inserts but they're part of the base set actually. Can't say I'm a big fan of the caricature cards. The players weekend cards look like an insert set that could be in flagship or something, I really like them though. 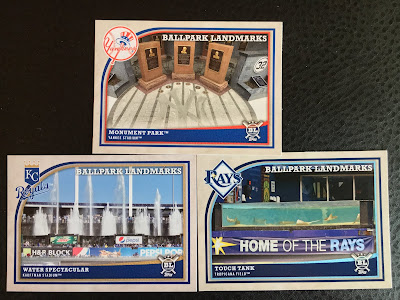 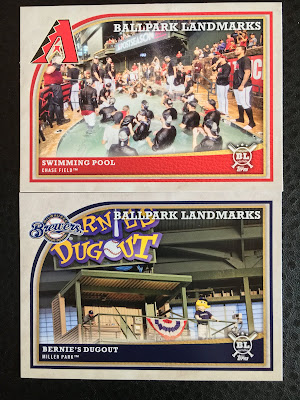 My favorite cards from the set by far are these ballpark landmark cards. These cards just scream fun and cool and unique. They're the Topps Big League version of the mascot cards in Opening Day. 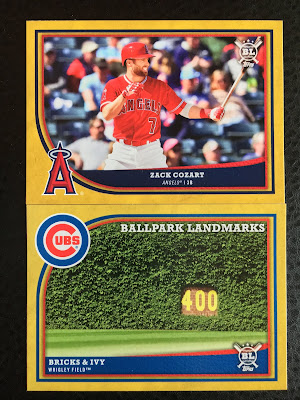 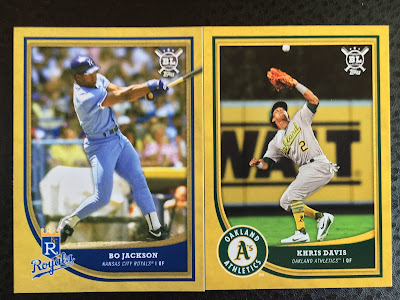 In every pack you get a gold parallel card. That's both a good thing and a bad thing. I think it's good because you're guaranteed a unique card per pack. On the flip side, getting one in every pack comes across as too much of a good thing, maybe every other pack would be a happy medium? My favorite of these is the Zack Cozart card since it's my first card of him in an Angels uniform (I don't count the Cozart card from Donruss as he's in a Reds uniform but is listed as with the Angels).

Anyway, that's about half the box. So far, I've enjoyed it and I'm looking forward to seeing what the rest of the box includes.