A long while back, the spring to be exact, I opened a whole bunch of 100-card repacks from the local Walgreens. I had every intent to share the findings in posts of their own, but now it's three months later and pictures of these cards have been haunting me ever since. So, instead of doing individual posts, here's some of the best from four random repacks. 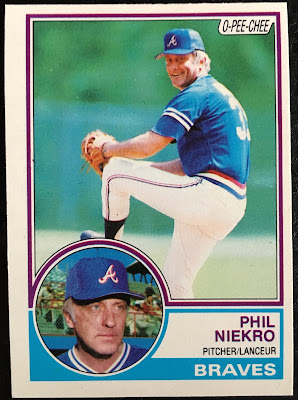 Here's a 1983 O-Pee-Chee of Phil Niekro. I never really had an appreciation for O-Pee-Chee until I started reading card blogs. Now, whenever I get an OPC card, it instantly goes into the collection. 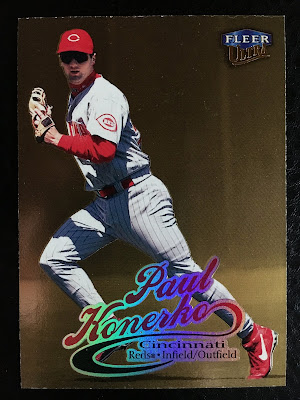 Paul Konerko is well know for being the first baseman for the White Sox for what seemed like forever but did you know he had a very brief stint with the Reds in 1998? Yep, the Dodgers sent him and Dennys Reyes to the Reds for Jeff Shaw on Independence Day 1998 and he appeared in 26 games as an outfielder and a corner utility man. After the season, the Reds sent him to the White Sox for Mike Cameron and the rest is history. I love cards like this that recognize a player having a brief stint with a team, especially ones that no one barely remembers them being with. 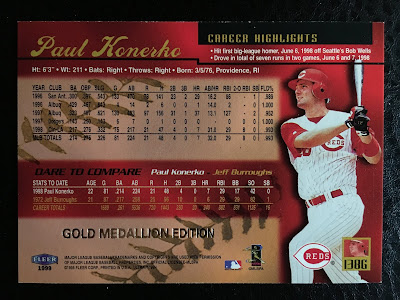 Oh, also, did I mention this is the Gold Medallion Edition of Fleer Ultra? That's pretty cool. 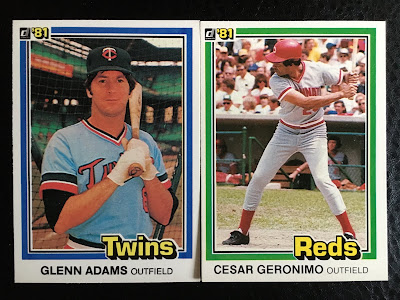 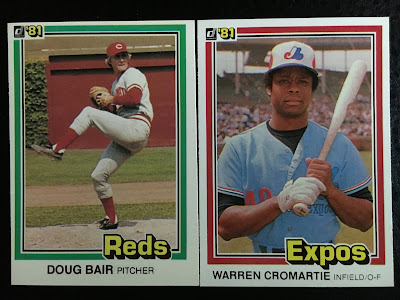 Yay! 1981 Donruss! I always liked the design on these cards with the colored frame around the photo and the yellow team name on the lower right. The photos are also something else I enjoy on them. I definitely think between them and the debut issue of Fleer the same year, Donruss is the better overall product. 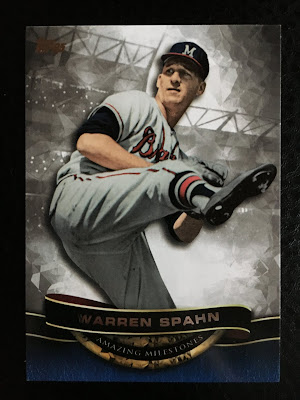 Here's a nice Warren Spahn card that was a cover card on one of the repacks. Also, bonus points on this for it showing him as a member of the Milwaukee Braves. 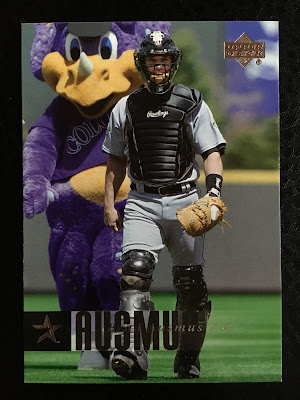 This isn't weird at all. I always think this is a Rockies card because the mascot takes up more of the card than the featured player but it's an Astros card of Brad Ausmus. You wouldn't know it though just by looking at it. 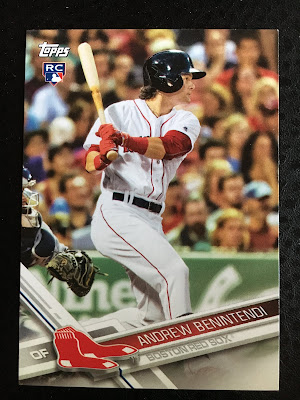 I'll take an Andrew Benintendi 2017 Topps card out of a repack, yes please! While this is just the regular version and not a variation, it really doesn't matter to me. While Benintendi isn't someone I've put on my player collection list, I don't mind adding a card of his here and there. 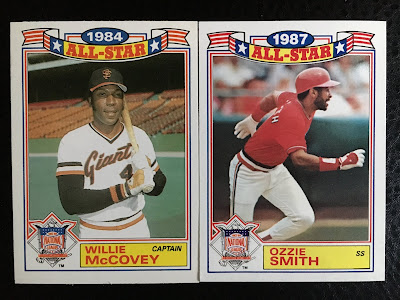 Some glossy Topps cards from the 80s. I love that Willie McCovey card with him in the old school Giants uniform and the fact that it says "captain" as his position. 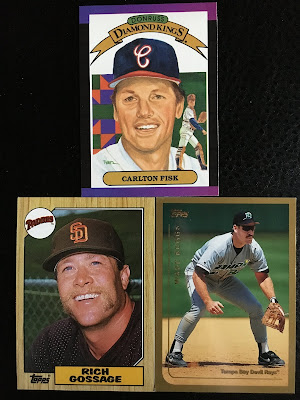 Cards of Hall of Famers, mostly junk wax but the real standout here is the 1999 Topps Wade Boggs, the final year of Boggs' career. His sunset card would come the next season in the 2000 Topps set 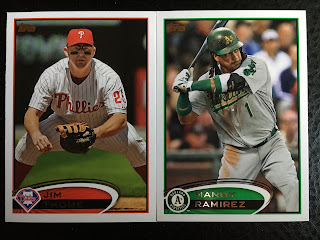 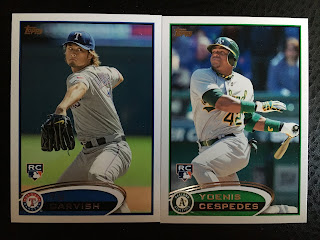 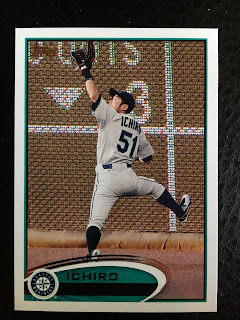 It seems like every repack nowadays has a plethora of 2012 Topps, which is a set I really enjoy. I've mentioned previously, packs of 2012 Topps were the first packs I bought when I got back into collecting. The first two, Jim Thome and Manny Ramirez are interesting as the Thome card is a sunset card (meaning his final card issued during his career) and Ramirez is a zero-year card (meaning a card issued of a player featuring him on a team with which he never played). Darvish and Cespedes were two of the bigger rookie names that season and both came out of the same pack. Finally, the the Ichiro card has a fantastic picture on it. 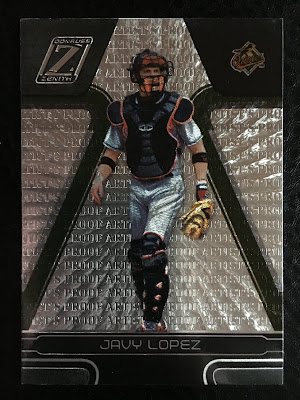 Finally, a pretty trippy card of Javy Lopez, known primarily for being the Braves catcher during the dominant run of the 90s. I'd had no clue he played with the Orioles but looks like he played out the last few seasons of his career there. I don't think I've ever seen a Donruss Zenith card before but in person it's pretty neat.

In regards to repacks, I think I might be done with them for the short term, unless I decided to go for the 50-card, 4-pack variety at Target. I will say that I really enjoyed throwing the best cards from multiple repacks together instead of reviewing the repacks one by one and talking about filler cards.