Highlights of a Box of 1989 Bowman 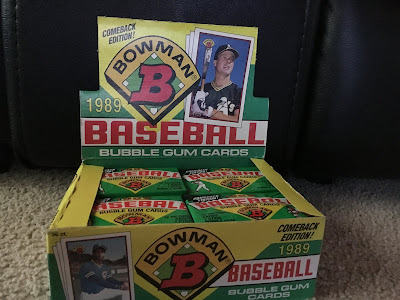 It was pretty miserable outside when I decided to open this. It was raining buckets and the wind was blowing hard. A pretty awful way for a Saturday to be in my opinion. I needed something to keep me busy and remembered I had this box of 1989 Bowman. My five year old son was going a little stir crazy too so I sat him down in the living room floor with me, split the box evenly and took turns ripping. While the contents were pretty much what I expected them to be, that being unimpressive, I did find a few keepers in the bunch. 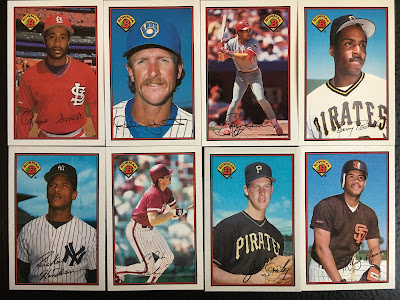 As I'm sure everyone had seen 1989 Bowman before, there's nothing new here to be discussed. Besides the size issue, the biggest problem I have with this set is the signatures on the front are terribly hard to read at times, especially if the player is wearing a dark uniform (see the John Smiley card above). Nine times out of ten I had to flip the card over to see who it was on the front. 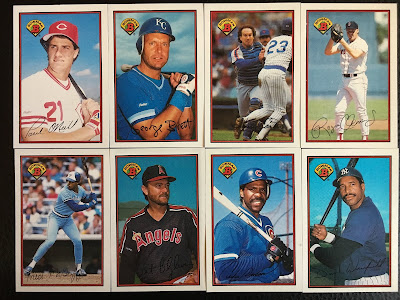 My favorites here are the Gary Carter card (in between Brett and Clemens), Fred McGriff in a Blue Jays uniform (bottom left), and Bert Blyleven (next to McGriff). 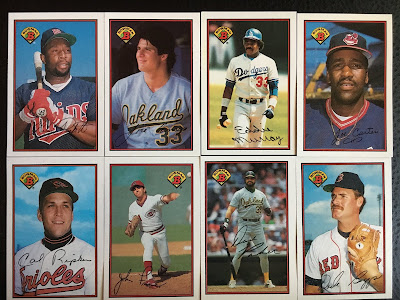 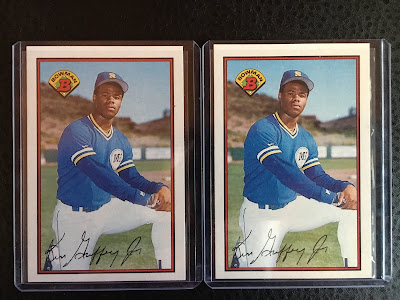 Would I buy a box of 1989 Bowman again? Not really but it was fun enough to kill about 20 minutes on a rainy Saturday afternoon and provided some good father/son time. Can't ask for much more than that.