A Mystery Stash of Cards 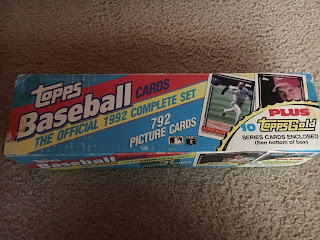 Supposedly this box held a 1992 Topps factory set. I say supposedly because I got it out to sort it and page it up but as soon as I opened the box, I noticed things weren't on the up and up. There were a decent amount of 1992 cards missing, replaced by some random cards from the early-to-mid 2000s. While I was sad that the set was missing cards, I was happy that I got some mystery cards. 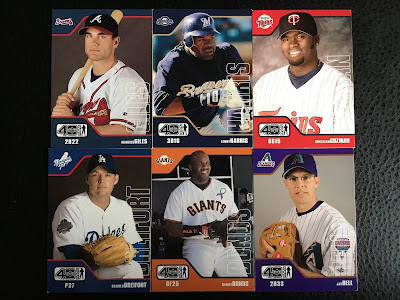 2002 Upper Deck 40-Man? Ok sure. Jay Bell looks like a science teacher with those glasses. Also, I had no clue that Lenny Harris was still in the majors in 2002. 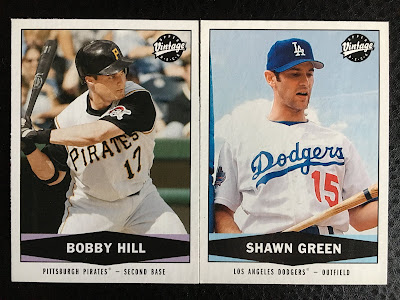 A couple random cards from 2004 Upper Deck Vintage. This was the last year for the Vintage line and the only year where they didn't attempt to rip off an old Topps design. 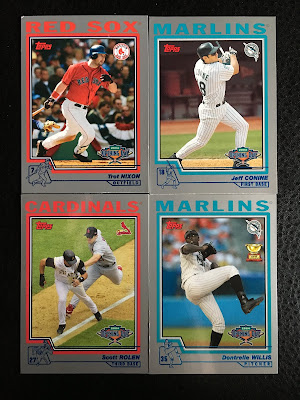 Some 2004 Opening Day. So far, I'm really digging this hidden stash of cards. Check out the leg kick on the D-Train! 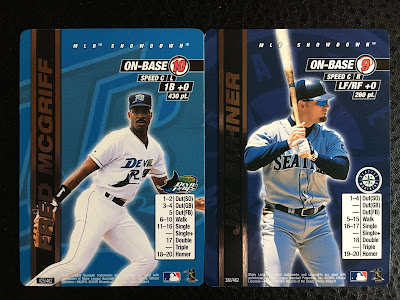 Normally I don't really go for game cards like these but these two from the 2000 MLB Showdown set are super cool. It's not often that I've found a card of Fred McGriff in a Devil Rays uniform, nor do I come across many Jay Buhner late career cards. 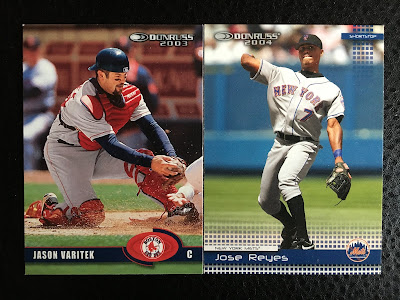 Mid 2000's Donruss? Donruss from this time is super tough to find so imagine my excitement when I found these. 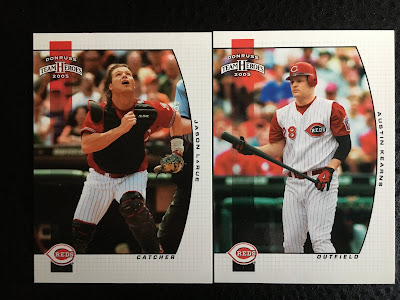 More mid-2000's Donruss, this time a pair of Reds from the Team Heroes set. LaRue and Kearns were part of the miserable 2003 Reds team that lost 93 games and went through three managers in the first season of Great American Ballpark. Both these guys would be gone from the Reds by the end of 2006. 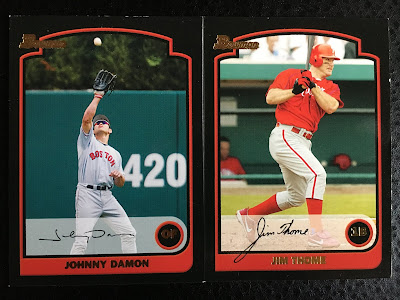 A couple of Bowman cards of Johnny Damon and Jim Thome. 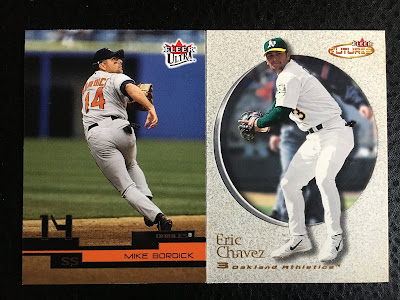 Mid 2000's Fleer. I honestly had no idea Fleer Ultra was still being produced at this time. I remember the Fleer Futures cards from seeing a ton of theme when I worked in a card shop in 2003. 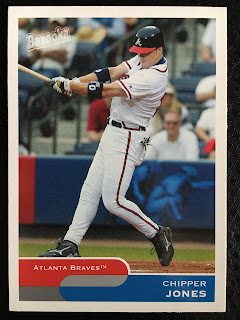 And to finish this up, I'll show off a few more cards in rapid fire form. First this Bazooka Chipper Jones. I could be wrong but when Bazooka was produce at this time, didn't in come with bubble gum? 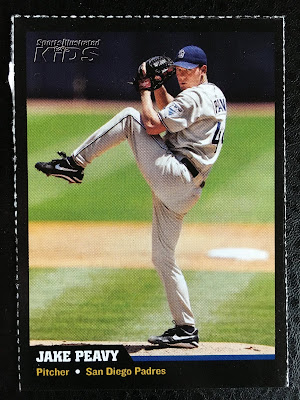 Next, an SI for Kids Jake Peavy. 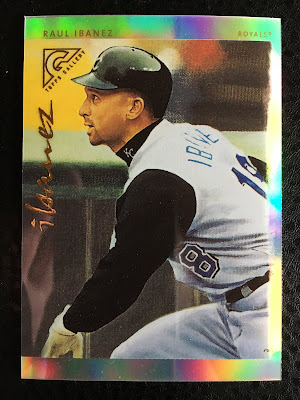 Topps Gallery Raul Ibanez from 2003. Apparently this is of the rainbow refractor variety. 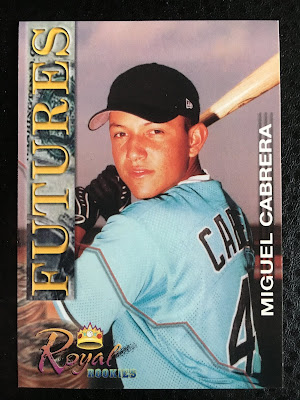 And then there was this, the "big hit" if you will of the mystery cards. This is a 2001 Royal Rookies Miguel Cabrera. Now, while Cabrera isn't exactly someone I collect but he is one of the biggest stars of the game and to find an early rookie card of his forgotten in a pile of cards that's been sitting in my garage for two year is pretty awesome. Oh, in case you are wondering what became of the 1992 Topps cards, I picked out a good pile of cards that I knew I didn't have and wanted and the rest went into a Goodwill donation bag. I hadn't really planned on building the set anyway.