I received some mail last week from Kerry of Cards on Cards as part of his 10th anniversary free group break extravaganza. Since by the time I signed up for the break, the Reds and Indians had already been claimed, I went outside the box and claimed the Montreal Expos. 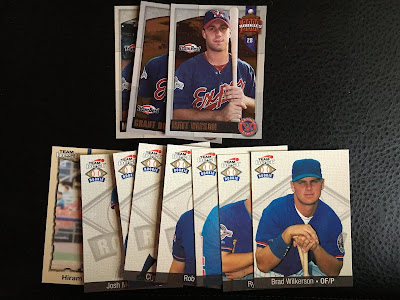 The results of the base cards from the minor league Team Best sets. Brad Wilkerson is really the only player I recognize from this pile but I thought it'd be the nice thing to do to at least show the base cards, if only in passing. 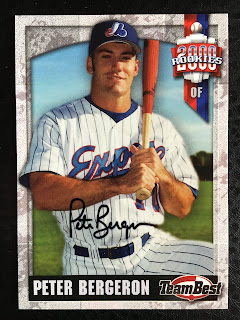 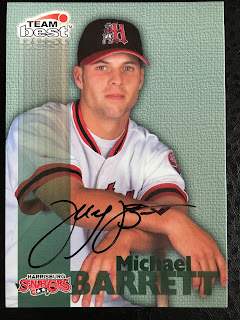 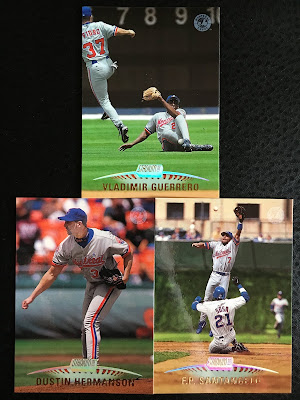 The other portion of the break was some 1999 Stadium Club, of which I have very little. It was nice to see these cards, especially the Vladimir Guerrero. This also reminded me I might have to look into some of this years Stadium Club. 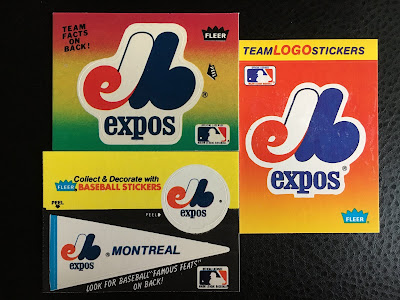 Of course, not only were there cards from the break but Kerry also threw in some bonus stuff, such as these really cool old Fleer stickers. I'm not really one for stickers but I will admit, these are pretty neat. 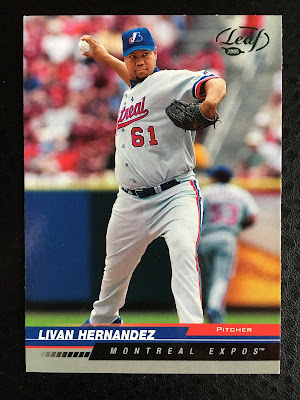 It took me a minute to figure out that this was actually a Leaf card, despite the fact it clearly says "Leaf 2005" on the top right corner. I can honestly say that this is the first card from the 2005 Leaf I've ever seen in my life. Also, it being a card from 2005, shouldn't the team be Washington since the Expos ceased to exist after 2004? All that aside, I really dig this. 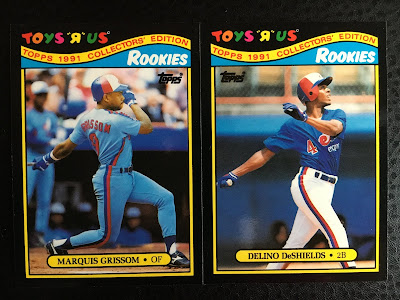 The oddballs that were included were my favorite of the bonus cards. I never was a Toys R Us kid (we had K.B. Toys in the mall where I grew up) but the recent trips I made there showed that the stores were horribly out of date and also the prices were very expensive. I guess I should all them to the list of defunct retail store chain oddball cards I collect (places such as Hills, Revco, etc.) 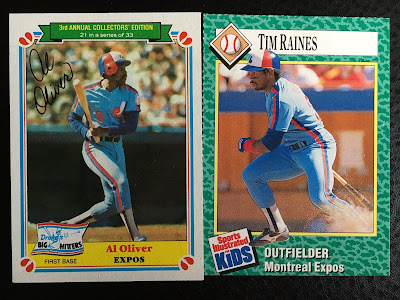 I saw a physical Drake's product in the grocery store for the first time ever last week. Until I learned about the cards they put out, I'd never heard of them. The cards I've seen though for them have always been pretty cool and I'm always happy to add one to my collection. Also, a Tim Raines SI for Kids card? Sure why not. 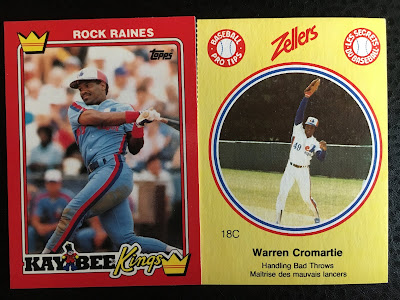 It's odd that I would mention Kaybee (or K.B.) Toys earlier and there just so happened to be a Kaybee Toys card in the package. It's from the 1990 Kaybee Kings set. Zellers I'd never heard of so I had to look it up on Wikipedia. It turns out that it's a defunct Canadian discount retailer and in 1982 they issued an Expos "pro tips" set that came in three panel sheets. 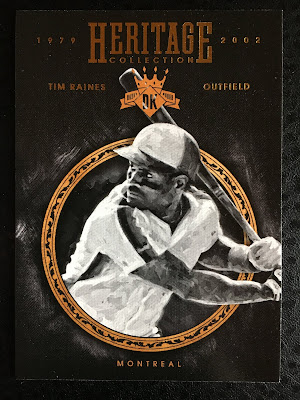 As much as I liked the oddballs and other stuff Kerry included, this card, by far, was my favorite of the package. Since Panini launched the Diamond Kings line, it's always been one of my favorites. The card stock, the variety of old school and current players, the beautiful inserts, and of course the fact that it feels like a high-end release at a pretty affordable price point. I've always enjoyed the Heritage Collection inserts and this card, such a simple card with a black background and the player in a gold circle to me just screams "awesome card".

That's a wrap on the group break. Thanks to Kerry for putting it together. It was fun to participate and I appreciate the cards you sent over.