Contest Cards from the Trading Spot 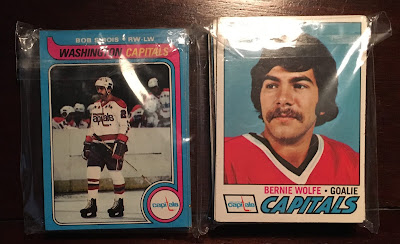 Recently Johnny's Trading Spot ran a contest as part of his blog anniversary and the first ten people to comment won a prize of some sort. Not long after, a small bubble mailer from John landed in my mailbox. I was expecting the typical assortment of Reds cards but when I opened it I was shocked to see two baggies full of vintage hockey! 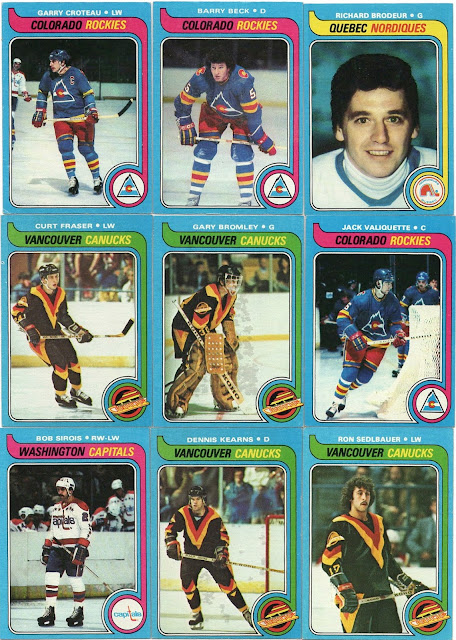 The blue border 1979-80 Topps cards should instantly be recognizable for the Wayne Gretzky RC. While there wasn't a Gretzky card included, there were some commons from the set, including some old school teams that don't exist anymore. I messed up on scanning this, I should've kept the teams somewhat together but anyway, I've now got cards from Colorado Rockies NHL team, something I didn't have before! 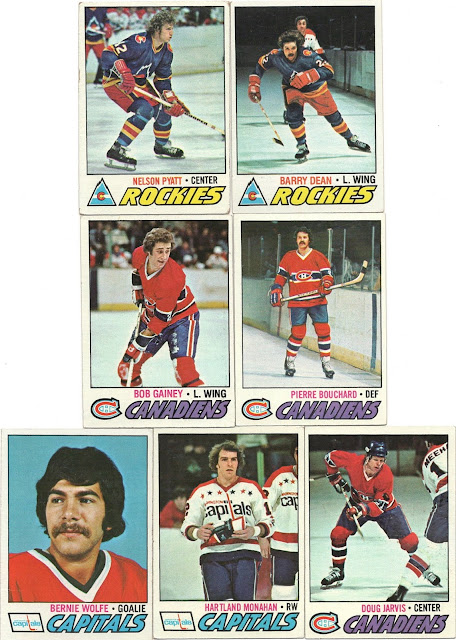 These are from the 1977-78 Topps set and have a somewhat close resemblance to their 1977 cousins in baseball with the way the player name, team name, etc. written at the bottom. Again, more Rockies cards. The Rockies at this point were in their second season in Denver, having moved after only two seasons in Kansas City (that reminds me...I need to work on getting some KC Scouts cards).

By far the most notable name in this batch though is Hockey Hall of Famer Bob Gainey. He spent 16 years with the Canadiens. His accolades include being a six-time All-Star, four-time winner of the Selke Trophy (top defensive forward) and finished in the top-ten of Selke Trophy voting an additional five times, also won a Conn Smythe Trophy as the NHL playoffs MVP, and won the Stanley Cup five times (four straight from 1976-1979 and again in 1986). Newer fans will remember him as the last coach of the North Stars and subsequently the first coach of the Dallas Stars. He also came back and coach Montreal for two seasons in the mid-2000s. 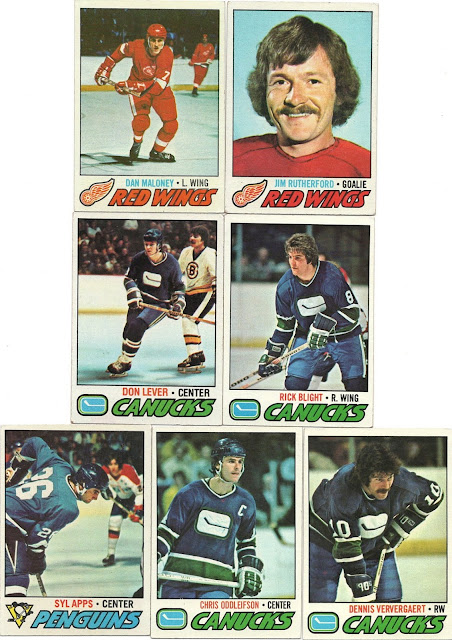 No such luck with Hall of Famers in this next batch but there is longtime Red Wings goalie Jim Rutherford and Penguins center Syl Apps (son of early NHL player Syl Apps), and the hair of Dennis Ververgaert. 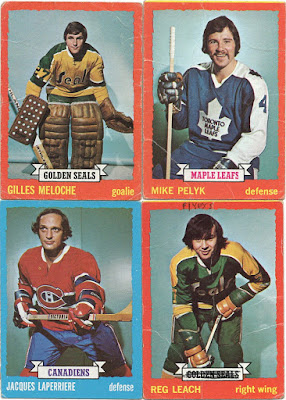 The oldest cards included in the package was this quartet from the 1973-74 Topps set. The Gilles Meloche card I think is a duplicate but I'll need to check my hockey binder to be sure. Obviously, someone didn't like the fact that Reggie Leach was traded to the Flyers in 1974. Two seasons after the trade, Leach won the Conn Smythe. 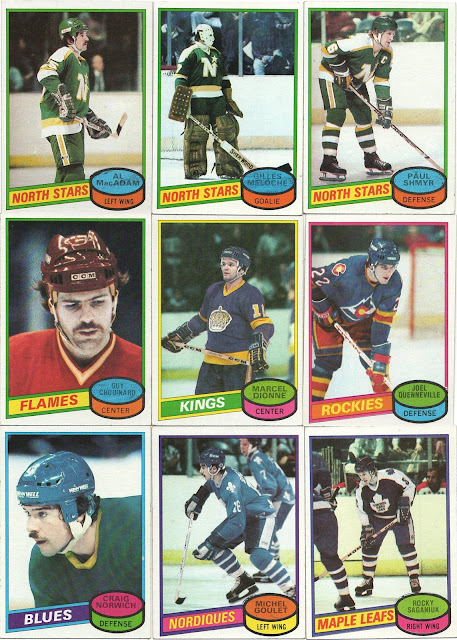 The final batch features cards from the 1980-81 set. On top, we have three North Stars, including two former seals in Al MacAdam and Gilles Meloche. I should note that MacAdam was part of the trade which landed the Flyers the aforementioned Reggie Leach. I really dig the colorful design on these cards. They're just fun to look at.

A few interesting cards to note here. First, the card on the right center. Yes, it's that Joel Quenneville. The former Blackhawks and now Panthers coach. I had zero clue he ever played for the Rockies. Also in this batch, there's Hall of Famers Marcel Dionne and Michel Goulet and the Guy Chouinard card is a first year Calgary Flames card as the Flames moved from Atlanta to Calgary in the summer of 1980.

Thanks to John for running the contest and for all the cool old hockey cards. I'll have to see what I have to send over as a "thank you".
Posted by Adam at 8:51 PM