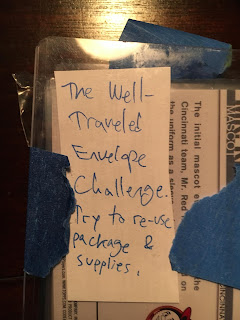 So there's a thing going around right now amongst the blogs called the "Well Traveled Envelope". The gist of the whole deal is to re-use the same envelope and the supplies contained within as many times as humanly possible. There's also an ongoing log and note to fill out as well. I was lucky enough to have been selected by Chris of "The Collector" blog as the next recipient of the envelope. 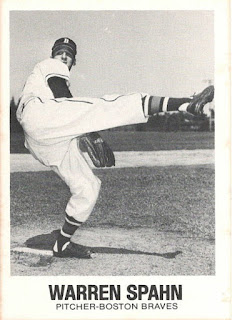 When I opened the envelope, this was the first card I saw. After that, I knew things were going to be good because it's not every day that your open a bubble mailer and find a Renata Galasso Warren Spahn card starting back at you. 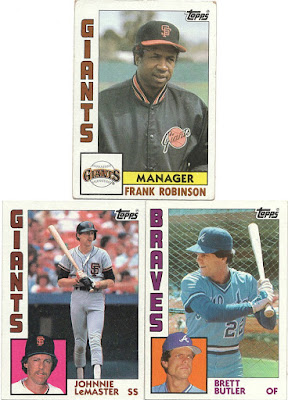 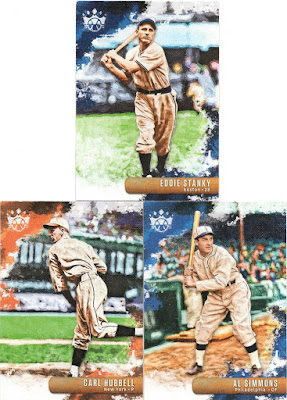 Some 2019 Diamond Kings and my first Carl Hubbell card. The Al Simmons I think might be a duplicate as I'm pretty sure it came out of a pack that I ripped a few months back. 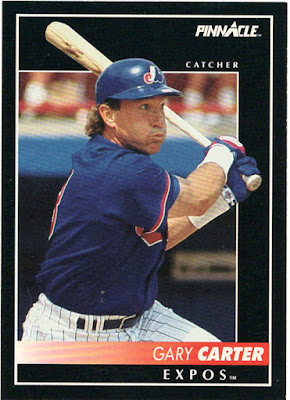 The package was also littered with team collections on the baseball side ... Reds and Expos most notably. I've never seen this Gary Carter card and it's got to be definitely one of my favorites now. I think I've mentioned this before but I really like 1992 Pinnacle. It's got to be the black borders though. More Expos with the bottom row featuring some 1994 Fleer. About a week or so ago as I write this, the 25th anniversary of the 1994-95 baseball strike just passed which many argue effectively doomed baseball in Montreal. I believe that 1994 Expos team would've made it to the World Series had it been played that year as that was possibly the best team they ever had in Montreal. 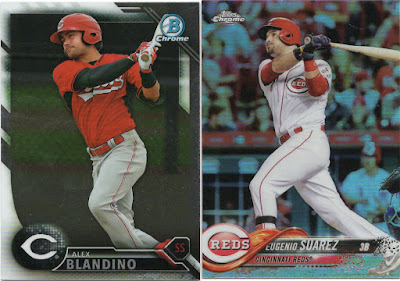 Some Reds cards now and we've got some super shiny ones to start with. Blandino hasn't played a single game for the club this year after appearing in 69 games last year as a utility infielder. The Suarez card is one of the refractor variety 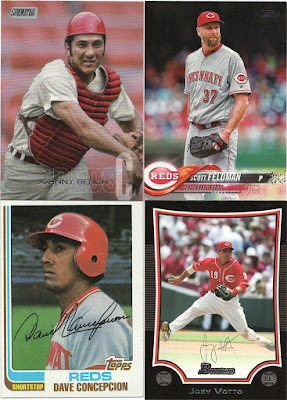 Nice mix of cards here, including a somewhat early Joey Votto card. I'm admittedly horrible at placing the year on Bowman cards. The most interesting card to me here is Scott Feldman. It falls into both the "short term stops" variety and the "sunset cards" variety. Feldman pitched the 2017 with the Reds going 7-7 over 21 starts including Opening Day of 2017. His last start for the Reds (and final MLB appearance in general) was August 17, 2017. 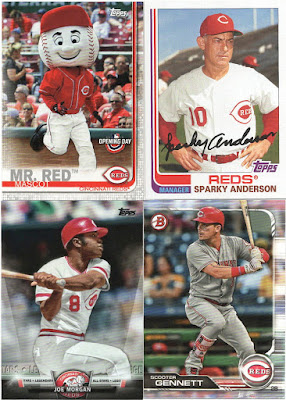 Another fun batch of cards. I love it when Topps includes manager cards in the Archives sets. I think they're just fun additions to the checklist. The Scooter Gennett card is pretty neat but again, I'm horrible at placing the year on Bowman cards. 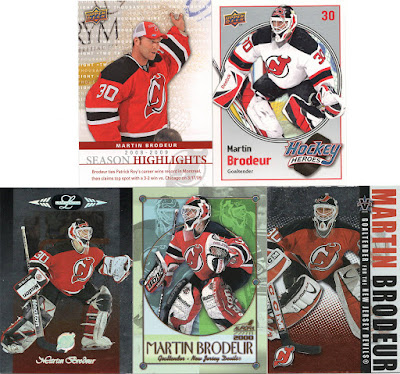 Baseball wasn't all that Chris included in the well-traveled envelope. He also hit me with a bunch of new hockey cards. All five of these Marty's are new to my collection. I particularly like the "hockey heroes" and the shiny Leaf card on the left. 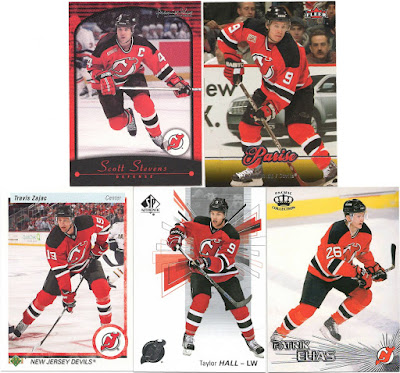 Some cool new Devils cards. I can't place the Travis Zajac card but it looks like it's from a throwback set of some kind. Scott Stevens and Patrik Elias were part of the awesome Devils teams of the early 2000s. The Devils this season should be fun to watch with the addition of P.K. Subban and Jack Hughes. 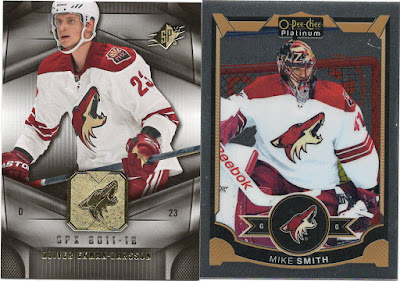 Oooh! Shiny Coyotes including a really neat card of Oliver Ekmann-Larsson. Speaking of fun teams, with the Coyotes dealing for Phil Kessel, and him joining Oli, Clayton Keller, and Derek Stepan on offense, that should be quite the team to keep an eye on. 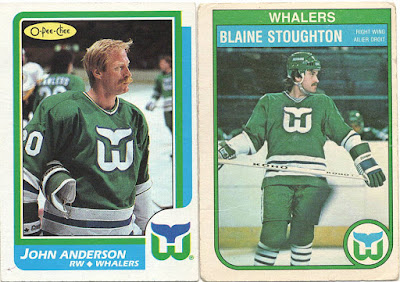 By far my favorite hockey cards in the batch were these old school O-Pee-Chee cards. I'm not too familiar with John Anderson but Blaine Stoughton I know because he's a former Cincinnati Stingers player.

I appreciate Chris including me in the Well Traveled Envelope challenge. My next mission is to figure out who I'm sending it to next and to dig out cards for said individual. However, it might be a bit before I get to that as I'm working roughly 65 hours this week between two jobs. Should I not fall over from exhaustion by the end of the week, it'll be on it's way to the next recipient soon.
Posted by Adam at 5:00 PM