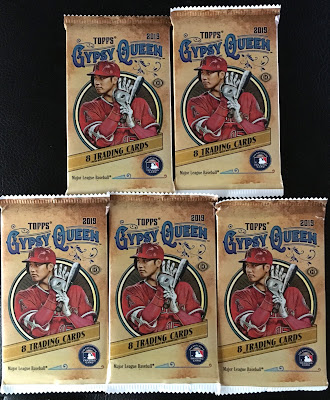 Remember about a month ago when I said that I got five packs of Gypsy Queen from the card shop? Well, I'm finally now getting around to opening those. Since these were the last five packs in the box, I'm not expecting much from these except to have fun while opening some packs. 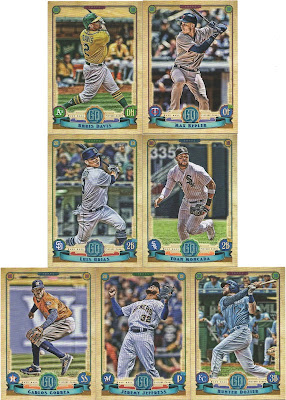 By now, everyone knows what GQ looks like. I picked up a number of singles for a dime each at the card show back in the spring. I can't remember what I showed off then but here's some of the more interesting base cards from the five packs. 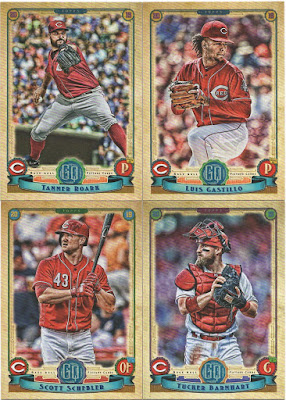 Four Reds cards. Let's see where these guys are now .... Tanner Roark was traded to the A's at the trade deadline as he was the odd man out (and a free agent after the season) after the Reds acquired Trevor Bauer, Luis Castillo was one of two Reds in the All-Star Game, Scott Schebler has spent pretty much the whole year in Triple-A Louisville and is currently on their injured list, Barnhart is back as the everyday catcher after being outplayed by back-up catcher Curt Casali (who is due back from injury soon). 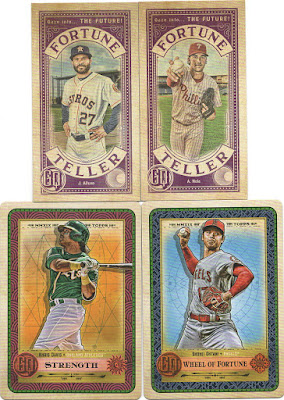 Insert cards. I like all four of these and I was pretty happy to get an Ohtani insert. 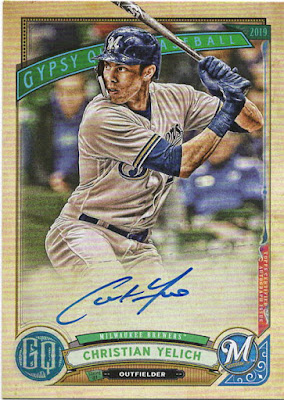 Whoa! Didn't expect this! Nothing better than getting an autograph card of the reigning National League MVP Christian Yelich. I tried looking this card up on COMC to see what it was selling for just for the heck of it but there were no listings for it. Regardless, I'm hanging on to this and it will be going into a penny sleeve and top loader shortly.

So that's the highlights of five packs of Gypsy Queen. I'd say between the inserts, the Yelich auto, and  some fun base cards, I did pretty well. Next time I'm at the card shop, maybe I'll take another gamble and grab the last packs from an empty box.
Posted by Adam at 4:37 PM