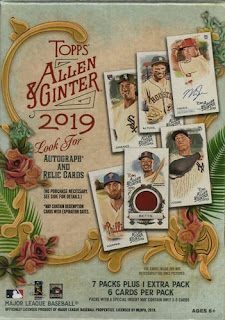 I'll come right out and say it, Allen and Ginter isn't exactly my favorite product of the year. However, after seeing the cards around the blogs, I thought it looked like a pretty good set this year. So, I bit. While at Walmart the other day, I grabbed one of the random boxes of Ginter as I figured a blaster would be enough to satisfy my interest. 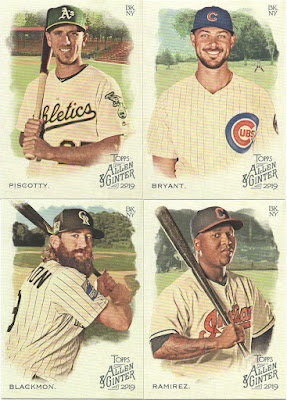 I'm sure by now everyone has seen the base cards. The one thing I like about this year as opposed to previous years is that there's actually a background. It doesn't feel like the player is just floating in space. And the backgrounds are pretty colorful and unique. That's a win for me. 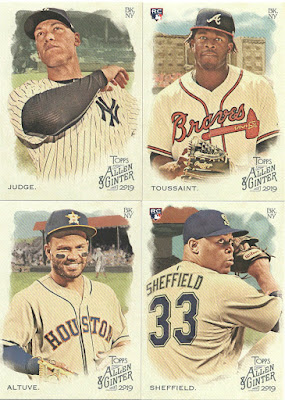 Toukki Toussaint looks like he's standing in front of the warehouse at Camden Yards. I like the background of the Jose Altuve card as well, looks like he's mingling with some old school players as well. 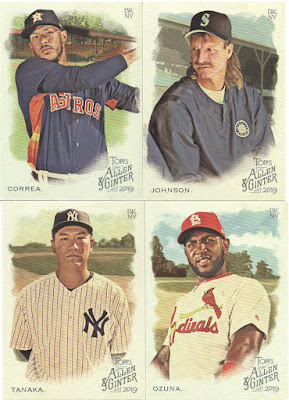 Four short prints per blaster box and I got these. Not a bad batch. 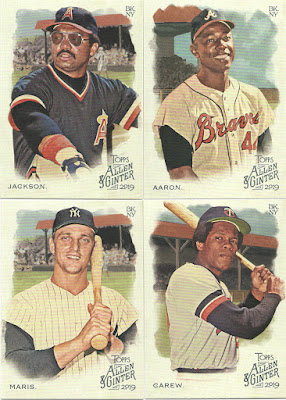 Some old school players. I really like the fact that Reggie Jackson is shown with the Angels, which is a team he's not really known for. He played for the Angels from 1982-1986, was an All-Star for three of those five seasons and finished 6th in MVP voting in the 1982 season. 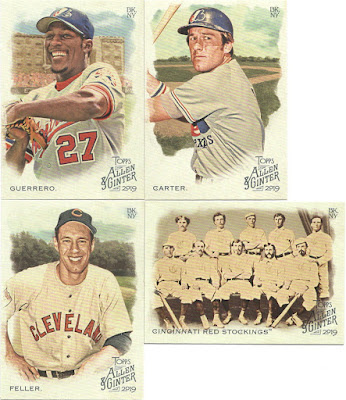 More old school, this time with some Expos (Vlad and Gary Carter), then Bob Feller and one of my favorite cards in the whole blaster, a card of the original 1869 Cincinnati Red Stockings. I can see why they were included in the set because of the whole 150th Anniversary of MLB thing and all. 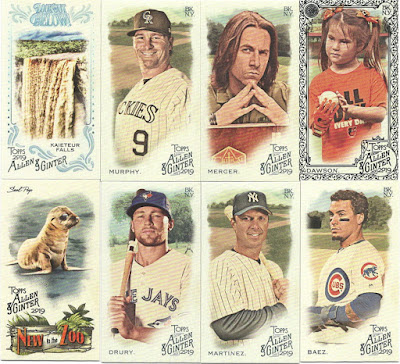 Each pack had a mini. I'll be completely honest and say that mini's aren't my thing. These will probably be going to Night Owl at some point for his A&G mini frankenset. 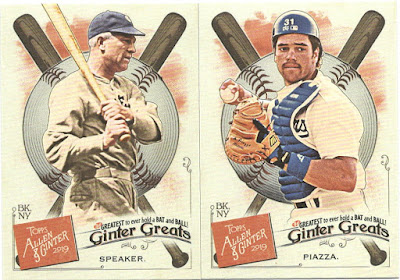 On to the inserts now. Each pack had some sort of insert. I really like these "Ginter Greats" inserts. 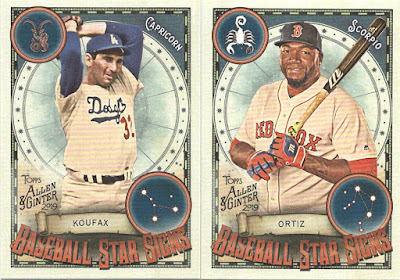 Another cool insert, Baseball Star Signs featuring the zodiac signs of top players. I've never really delved much into astrology or sign of the zodiac but I really dig the designs of these cards. For the record, my zodiac sign is Sagittarius. 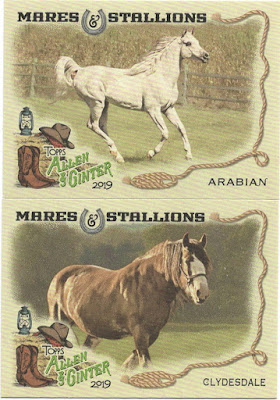 Of course, with Ginter, there are non-baseball subjects. I got two of the "Mares and Stallions" inserts. These are pretty neat. 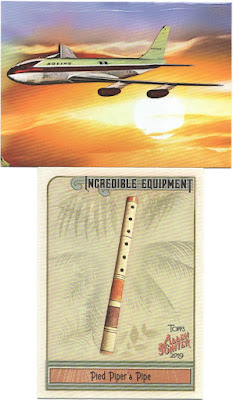 Other inserts in the blaster. One of the "Incredible Equipment" of the Pied Piper's Pipe (kind of made me think of Roddy Piper) and one piece of the history of flight series. I would really like to put together the whole "history of flight" series. 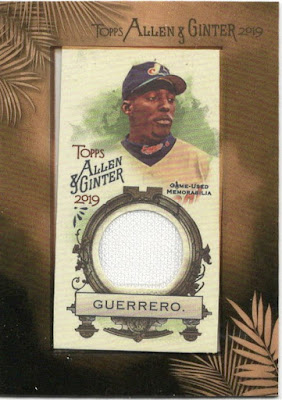 And then there's this ... a framed mini-relic of Vladimir Guerrero. I'll be honest, I'm really thrilled to have found this!

For grabbing a random blaster from the display in Walmart and going into this just for some fun, this is probably the best blaster I could've gotten for the money. It was light on the non-baseball content but still had some, some fun inserts, and a Vlad relic. I may splurge on some more A&G this year just because I really enjoyed this. For now, this will definitely suffice on my A&G curiosity.