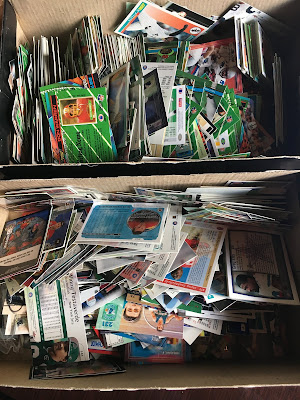 This is the final part of the shoeboxes I've been digging through. This will be all football as there was literally a ton of football cards between the two boxes. I picked out a few favorites to show here but most of the cards have already been earmarked for my ongoing "spring cleaning" donation. 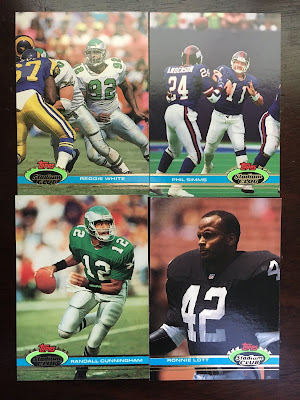 There was a giant stack of 1991 Stadium Club cards, most of which were commons and sadly no Brett Favre rookie card. However, I did find a few notable names in the batch like these. 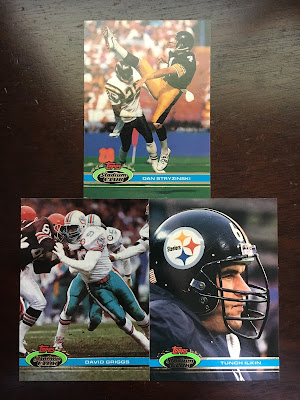 From the cool photography department, these are my favorites. Plus, how can you not love a card of a dude with one of the best football names ever in Tunch Ilkin 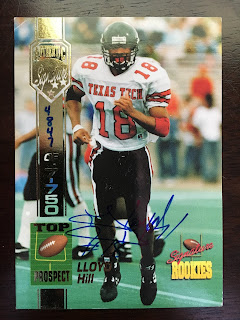 Here's something I didn't expect to find, an autographed card. The subject of this card is Lloyd Hill who was drafted in the sixth round of the 1994 Draft by the Chicago Bears. He never made it to the NFL proper but played a handful of seasons in the Arena Football League with the Houston Thunderbears (aka Texas Terror) and the New England Sea Wolves. 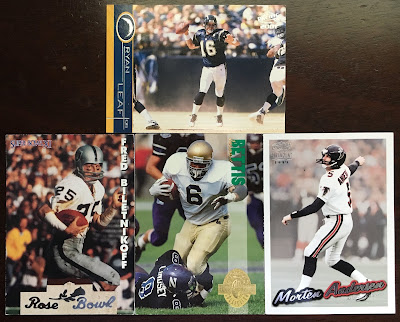 Random cards of random players. Three Hall of Famers in Biletnikoff, Bettis, and Andersen and a card of notorious draft bust Ryan Leaf. 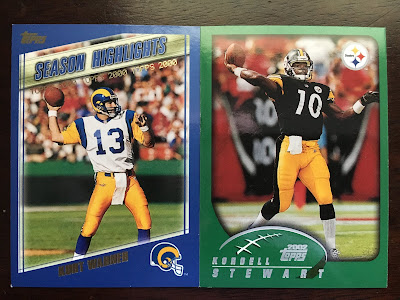 These were the most recent cards in the boxes. The Kurt Warner card is from the 2000 Topps football set while Kordell Stewart is from 2002 Topps. These cards remind of the giant shoebox full of football cards I bought at the community yard sales a few years back. 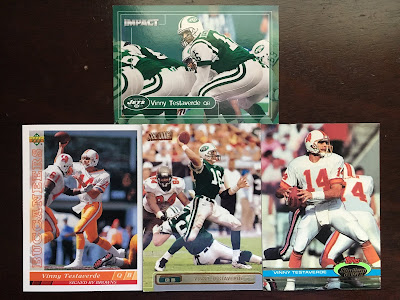 Whoever's cards these were must've been a fan of Vinny Testaverde as there were a bunch of his cards to be had. I remember him playing when I watch watching football games as a kid. I'm not actively collecting his cards but if I come across cards in bargain bins or finds like this, I'm apt to keep them. 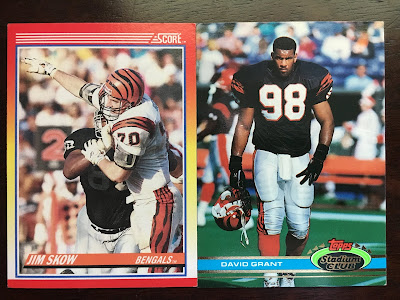 The only two Bengals cards the boxes coughed up. I don't remember either one of these guys. 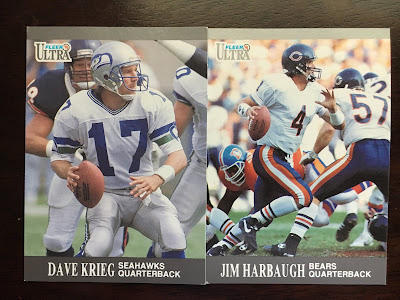 Here's a pair of 1991 Fleer Ultra cards. Not much to say about these really. Same design as the baseball set. 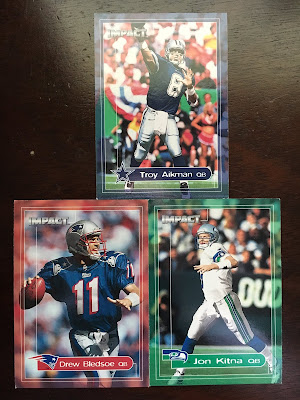 Finally, here are these cards from the 2000 Impact set. This was the only set that Impact issued and much like the Fleer Ultra cards from above, the design was the same for both the baseball and football sets. I always did kind of like these cards as I felt like the design was simple but yet fun, especially with the team colors for the borders. The photography on them was also pretty good.

That wraps up the first batch of stuff from the two shoeboxes. I've definitely found a few keepers and so far this hasn't been a complete bust like I feared. Now that those are out of the way, I can move on to this giant beat up behemoth of a banker's box: 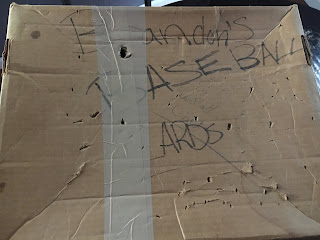