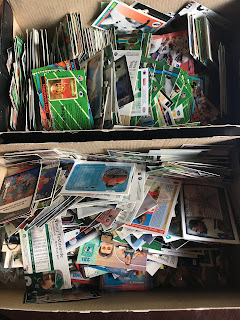 I'm back now with round 2 of the cards from the shoeboxes I went through. This will be quite the mixed bag of stuff. 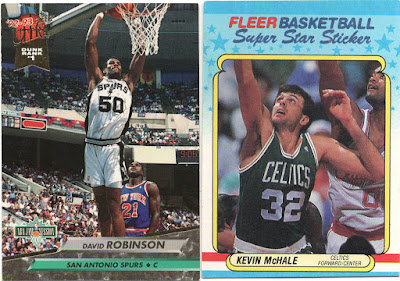 I'll start with basketball. I don't follow the NBA at all and honestly couldn't name five current NBA players. There was a lot of junk wax basketball that I'll probably end up donating. I might keep these two, not sure yet though. I will say that the Kevin McHale Fleer sticker is pretty cool. 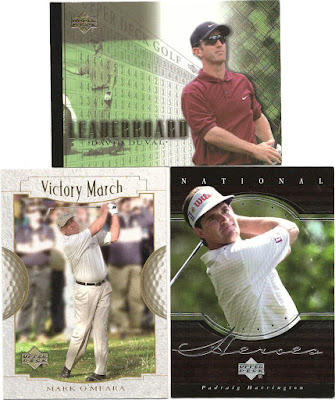 Golf cards. I used to play golf and actually was on the high school junior varsity golf team for a few years. I never was good enough to make it to varsity. Back then, I used to watch golf on TV and knew who the top players on the tour were. I never made it a habit to collect golf cards though. I found them kinda boring to be honest. Anyone out there collect golf cards? 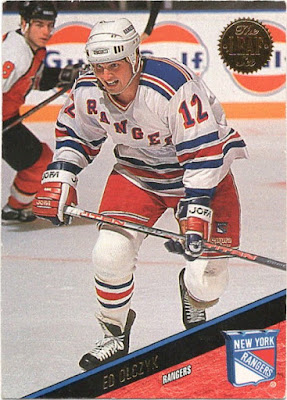 Something I do collect though is hockey. I feel bad as I hardly watched any hockey this season and now the playoff have started. I feel like I missed out. Anyway, I'm definitely planning on watching some playoff hockey. The card above is of Eddie Olczyk, who I'm sure most of you will recognize from the NHL on NBC broadcasts. 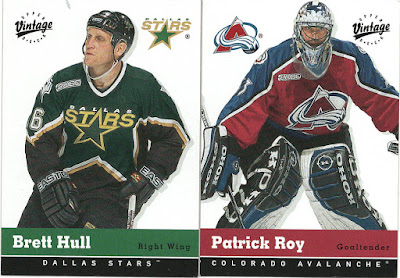 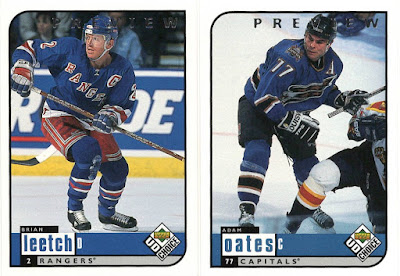 Here's another interesting pair, these 1998-99 UD Choice "preview" cards. I'm not sure what the deal is with these but, according to the checklist on TCDB, it looks like maybe that only odd numbered were issued. 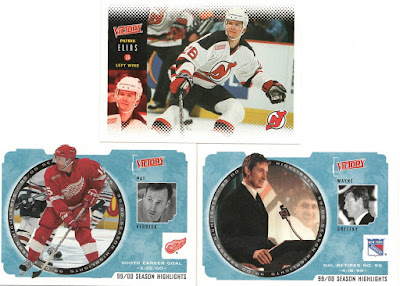 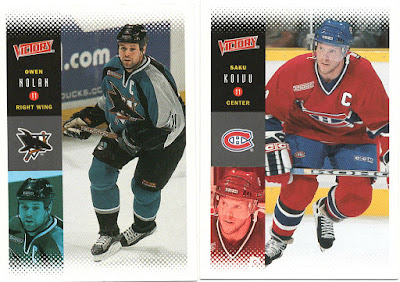 Upper Deck Victory always felt very basic and mundane to me. I suppose that was the point? Just a simple, basic set for the set builders. I like the base cards here, especially the Patrik Elias. 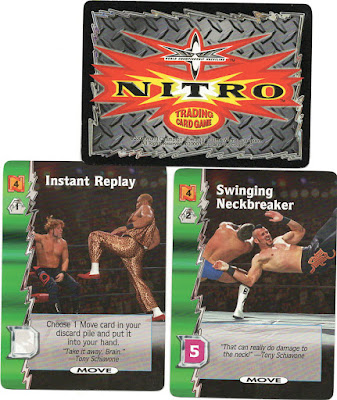 Rounding out this mixed bag of oddities are these cards from the WCW Nitro trading card game. I had no idea these even existed, let alone there was a trading card game featuring WCW stars. The wrestlers featured on here are Ernest "The Cat" Miller and Berlyn. Judging by that, I'd say these are probably from the fall of 1999.

So there's a weird little mixed bag of cards. I'm still going through the mountain of football cards and hope to have a post up on those soon.