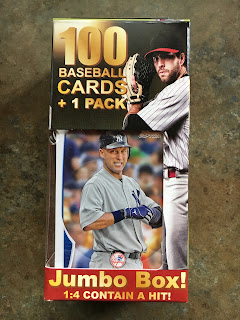 It's that time kids! Time for another entry in the ongoing chronicles of the wonderful world of Walgreens repacks. This is the second of two that I picked up during the $3.99 sale last month. No time to waste, let's dive in! 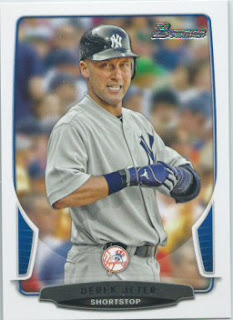 Here's the cover card, a simple Derek Jeter base card from 2013 Bowman. I've never really collected Bowman since it's really heavy on the prospects and I'm not one for prospecting, plus sometimes the design can be kind of bland, like this. While it's not the most exciting card, it does appear that Jeets is sporting a throwback jersey of some sort, so it gets a pass for that. 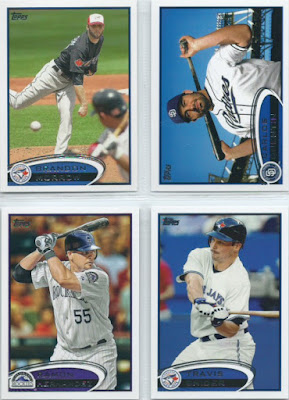 I considered not showing any of the 2012 Topps cards that came in the pack but I couldn't resist with these. These are all neat cards for various reasons, so I'll start at the top left and work clockwise. Brandon Morrow is has a Blue Jays jersey that definitely isn't blue. I'm guessing it's some sort of Canada Day special jersey. I also like the angle the picture is taken at, where you can see just over the unknown batter's shoulder at the ball coming in. Speaking of cool photos, Carlos Quentin doing a simple pose with the bat across his shoulders and the stadium lights in the background is just plain cool. Travis Snider shows that there just aren't many mustachioed players anymore. Finally, there's Ramon Hernandez. Hernandez has a pretty good stint with the Reds as the backup catcher from 2009-2011 and signed with the Rockies as a free agent in November of 2011. I saw this card and my first thought was "he played for the Rockies?". Regardless, his 2012 season saw him appear in only 52 games while hitting a paltry .217/.247/.353. After the season was over he was shipped off to the Dodgers where he finished in 2013. 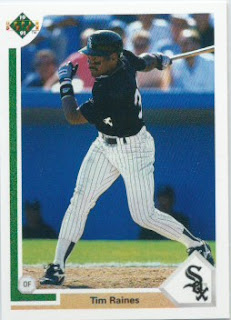 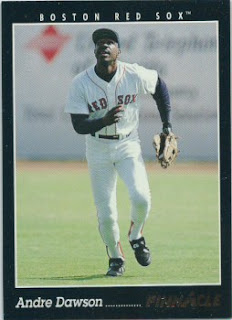 A pair of Hall of Fame outfielders here in Raines and Dawson. 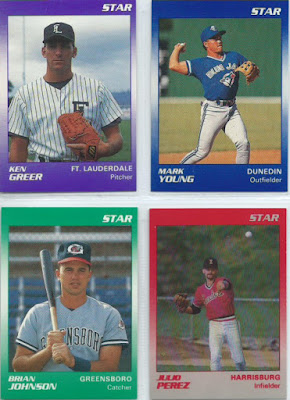 Hey look! More minor league cards! Much like I did with the previous repack, I'll explore the careers of these guys. The Ken Greer card is a repeat from the last pack, but the others are all new.

Mark Young - This card appears to be from the 1990 Star Dunedin Blue Jays set. That season was the next to last for ol' Mr. Young as he hit .237/.337/.337. No, that's not a typo. His OBP and SLG were the exact same. After the 1990 season, he advanced to Double A Knoxville and after that, he was out of the game, having never appeared in the majors and never advancing above AA ball.

Brian Johnson - Probably the person with the most successful career out of any of these guys. He played 8 years in the bigs, mainly as a backup catcher, with the Padres, Giants, Royals, Dodgers, Reds, and Tigers. While his stats weren't impressive, he did make it to the NLCS two straight times and was a member of the 1999 Reds who nearly won the wild card that year.

Julio Perez - Another career minor leaguer, he spent six years in the Pirates system, never advancing past AA. This particular card from 1990 I guess could be considered his sunset card as that was his final season. He appeared in 63 games hitting .232/.256/.289 and only muscling one home run the whole season. 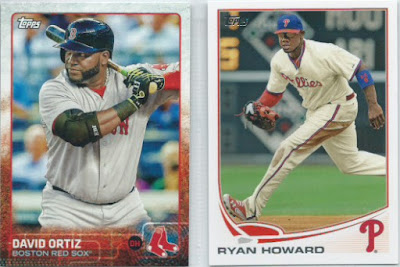 Here's one definite future Hall of Fame in Ortiz and maybe a borderline candidate in Ryan Howard who is currently trying to resurrect his career with the Braves. 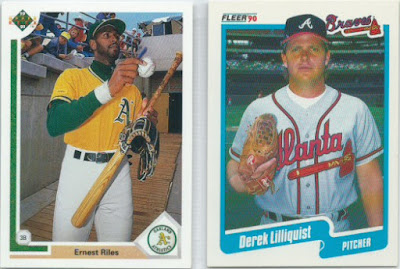 While these may just look like any other junk wax card, I found these interesting. On the Ernest Riles card, the green and gold of the jersey just pops and makes you take a moment and look at it. It looks like he's tossing a ball back to someone after signing it during spring training. I think this has quickly become one of my favorite cards from the 91 Upper Deck set. The other card with Derek Lilliquist has a background of old Riverfront Stadium. I can tell by as the seats in the background are green on the lower lever and at the very top of the frame are the red seats. One of these days, it might be fun to start a mini-collection of cards with pictures taken at Riverfront Stadium. 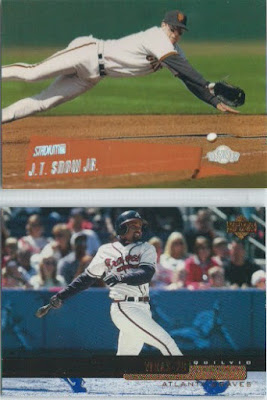 A few nice horizontal cards that were included. Both of these guys I'd forgotten about completely. 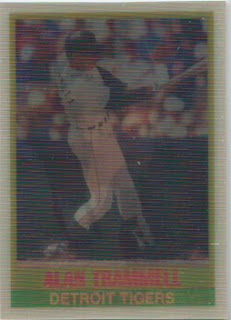 The composition of this repack was very similar to the other as a lot of the same types of cards were involved. For example, here's a Sportflics Alan Trammell card. It fell in just about the same spot the Sportflics Eric Davis card did in the previous pack. 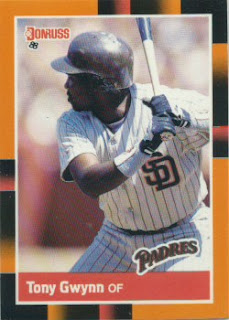 And here's another card from the 1988 Donruss Baseball's Best set. This time of Tony Gwynn. This one I'm definitely keeping. 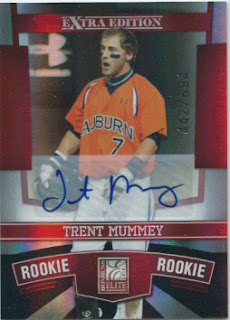 One in four of these packs claims that it will have a hit in it. Well, it must've been my lucky day because this autograph of Trent Mummey was placed right in the middle. Who's Trent Mummey you ask? Beats me. According to the wonderful Baseball Reference site, he played in the Orioles system through 2014 and never made it above High A ball.

There you have it, another repack in the books. It'll probably a while before I dive into one of these again but I did see a hockey version of these at a local Target. While I'm not in any rush to go dropping five bucks on a giant brick of hockey cards at the moment, it's definitely something I'll consider once I'm back in the mood to rip open one of these.