One Man's Junk Wax is Another Man's Treasure

Well, another year of the community yard sales has come and gone and with it, as usual, I managed to find some cards. Nothing can really beat last year's epic find so I went into this with low expectations. The constant threat of rain and storms kept some people at bay but there was plenty to be had. I posted on the community Facebook page to see if anyone had any cards up for sale and got a good number of responses and messages. So much, in fact, that I had to pick and choose. On Saturday morning, out the family and I went to peruse the sales. The stops proved to the futile as the cards weren't really all that great. Sunday though was pretty quiet. After a morning stop at the playground for my son and then a visit from my step mom, I had one place leftover from Saturday to check out. I had stopped by the previous day but they had forgotten the cards but promised to hold them for me on Sunday. So off I went on a quick jaunt up the street to see what they had.

I was expecting giant boxes of cards but instead when they pulled them out for me, there were three small boxes that were each complete sets. I asked how much and was met with the reply "you tell me, I have no idea". I offered ten bucks and was quite surprised when he accepted it as typically I find people around here want gobs of cash for pretty much useless cards. 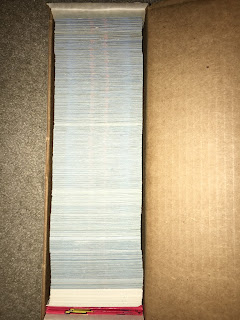 First set was a 1988 Donruss set. Not exactly my favorite set but hey, it's complete and it came with the puzzle pieces! 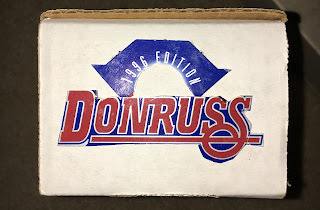 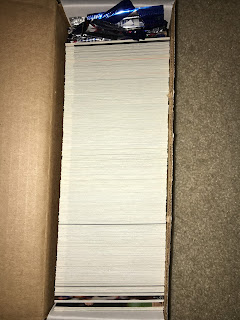 Next was a 1996 Donruss set, one of the more interesting designs from the mid 90s. 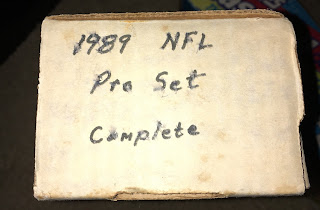 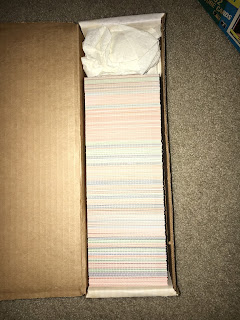 Finally, there was this 1989 NFL Pro Set set. While I'm not the biggest football collector, this should be interesting to look at. Eventually, I'll get these sets hindered up but I'm in no big hurry to do so.

My next stop was sort of impromptu as I noticed it on my was to the original stop. I swung back around and stopped to take a peek. They had little packs of junk wax card for a buck each, to which I passed on and some McFarlane and Starting Lineup figures. There were however, a few things I made an offer on.

First, there was this 1992 Topps factory set. They wanted ten bucks, I talked them down to five. 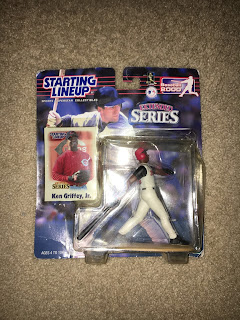 I bought exactly one of the Starting Lineup figures. This Ken Griffey Jr. figure was only two bucks, so I couldn't resist even though it's a tad beat up. 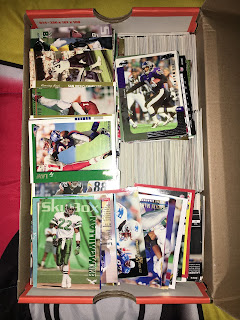 Finally, there was this big shoebox filled with mostly football cards, I managed to get them to knock the price of it down to three bucks so I could justify it.

So that's this year's yard sale haul, not nearly as impressive as last year but still four complete sets, a Ken Griffey Jr. Starting Lineup figure, and a mystery box of football cards that should be fun to dig into. I'd say this was a pretty successful haul.