Into the Dragons Lair 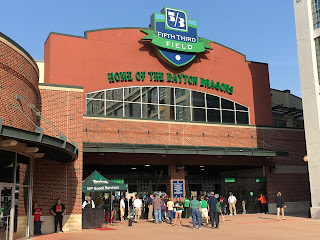 Pardon me for not posting my usual Wednesday night post yesterday, I was ... gasp! ... at a ballgame!

As I've noted in the past, I work two jobs. I have a normal 40-hour a week job as a recruiting administrator for a large national grocery chain (hint: it's not Walmart) and three nights a week, I work as cashier at a movie theater. Well, it just so happens that the theater I work at won second place for best theater in the region during the company awards so that meant our general manager got to treat a bunch of the staff to something fun. Instead of the usual Dave & Busters type fare, we got treated to a Dayton Dragons game. 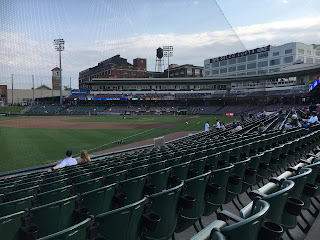 We had group seats along the left field line, right near the foul pole. The one drawback about having these seats is that the safety netting at the park extends from pole to pole, which sort of leaves you feeling a bit detached from the action. 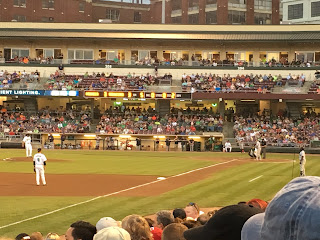 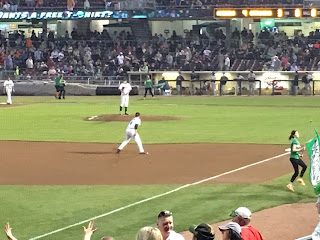 Here are a few close up photos I took during the game. Unfortunately the Dragons lost in 10 innings to the Cedar Rapids Kernels 5-4. I left after the 8th inning as I had to get up early for my regular job and it was starting to rain some.

I just had to take some photos of our group while we were all there. Most everyone left early except for a handful. I've labeled everyone in the captions of each photo.

Of course, you can't go to a minor league game and not get some cool stuff. Here's a peek at what I grabbed. 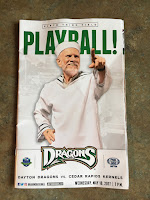 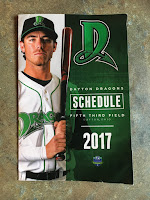 Programs were handed out to everyone was you came in the stadium. The program for this game featured a member of the "Retirement Village People" on the cover, as they provided some of the between inning entertainment. The pocket schedule I nabbed while at the team shop. Speaking of which ... 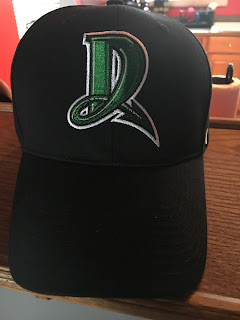 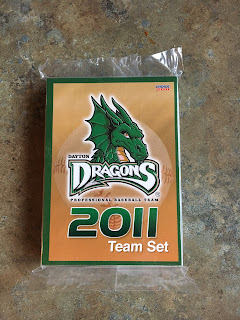 While at the team shop, I picked up a hat that was on the clearance table and a 2011 team set. While this was the only team set they had in stock, it's better than nothing. 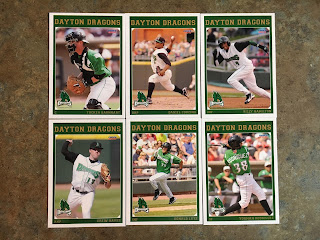 The cards are pretty basic with the team name in gold at the top, the logo in the bottom left and the player's name in gold at the bottom. The players shown here are all players that have played in the majors at one time or another, including Tucker Barnhart (top left) and Billy Hamilton (top right). 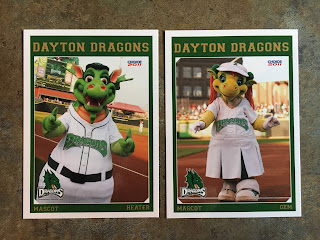 Of course, no minor league team set is complete without mascot cards. Here we've got Heater and Gem.

For this being the first Dragons game I've been to in over a decade, it was a fun experience and I got to spend some time with a quality group of people. You can't ask for much better than that.