Normally, this would be the post where I would detail my adventures in the yearly community yard sale. However, this year, aside from an old baseball calendar I bought for 50 cents (post on that coming in due time) and a board game I bought for a dollar for my son, this year was a bust. I knew it was coming, I'd been too lucky the past few years with giant hauls and scores of vintage. I could have kept looking but in the back of my mind, I knew that I still had cards from the haul my mom brought me in March to organize and write about. So, that's what this will be. 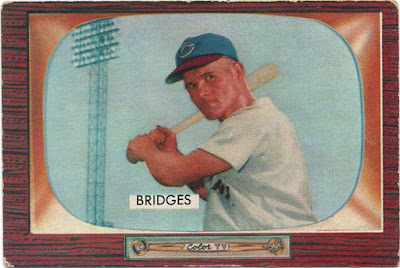 Normally, when I'm digging through mega-hauls, I'm expecting card from the mid to late '70s, so imagine my surprise when this 1955 Bowman surfaced. It's not exactly Ernie Banks or Mickey Mantle but any 1955 Bowman is good in my book. 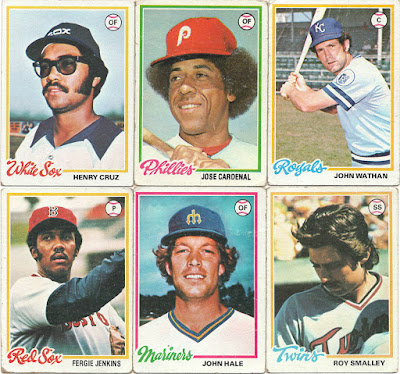 This is more like what I expected to find. A nice handful of 1978 Topps. This isn't all of them but I'd say these were probably the highlights. Check out that afro on Jose Cardenal! 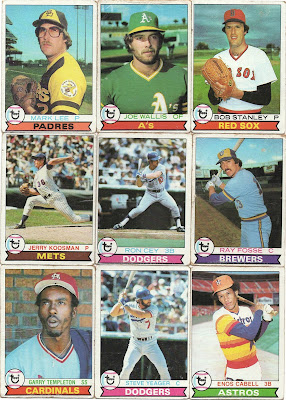 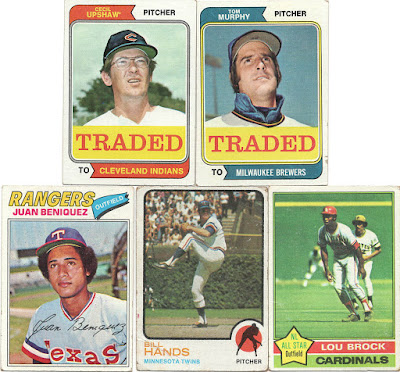 More random vintage, a few 1974 Topps Traded, and 1973 Topps Bill Hands, and a 1976 Topps Lou Brock. I find the Bill Hands card to be interesting. He's listed as a member of the Twins, the uniform looks kind of like an early Rangers home uniform, and he's pitching in Wrigley Field. 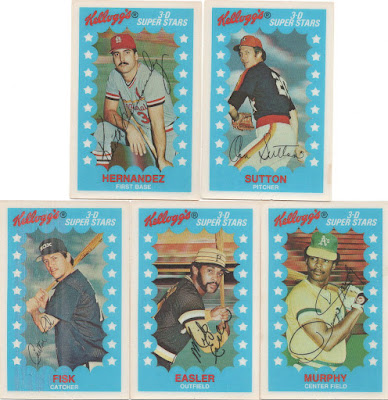 Along with 1955 Bowman, another unexpected treasure were these 1982 Kellogg's cards. The Fisk card is a little beat up but I don't mind. 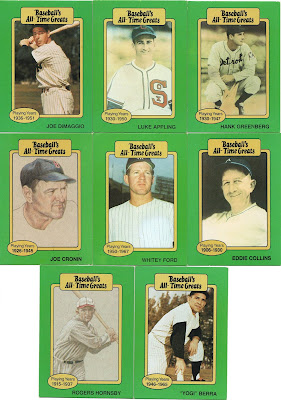 On to the oddities now, there were gobs of these 1987 Hygrade Baseball's All Time Greats cards. Again, I didn't scan them all, just a handful to give a sample. 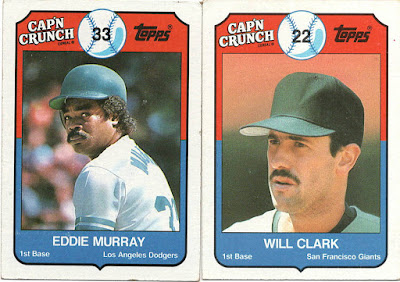 More Cap'n Crunch cards. I now have four cards from this set. Maybe the cardboard gods are telling me I should put this set together. 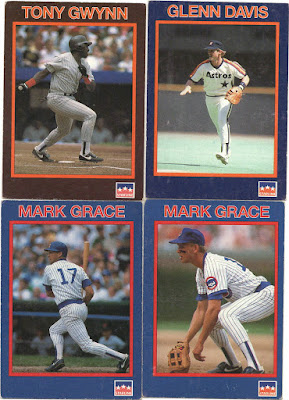 Some Starline Long John Silver's cards. The background on the Glenn Davis card is old Riverfront Stadium in Cincinnati. 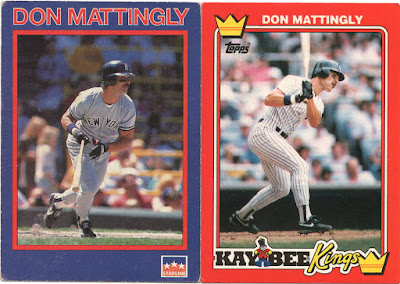 A couple of Don Mattingly oddballs. The Kaybee Kings card is just wonderful and fits in well with my defunct retail chain collection. 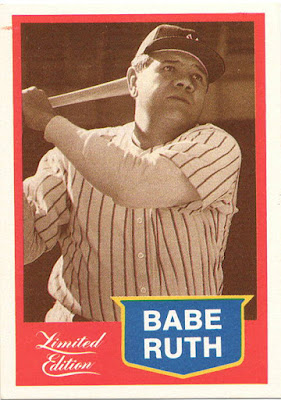 Here's a weird one. This is a promo card from the 1989 CMC Babe Ruth set. Since there were no other cards from the set in this collection, I'm curious now as to how this card ended up in here. According to the back, this was part of a 20-card set that came complete with binder, pages, a hanger box of the set, and a bio pamphlet of the Bambino. All that could be yours for the meager sum of $12.99 apparently. 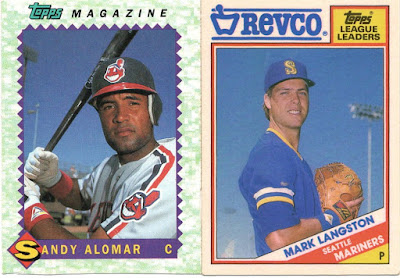 And I'll close this out with a pair of random oddballs. I've never had a Topps Magazine card before so this will slot nicely into the Indians binder (once I finish purging what I don't want from there). The Revco card is another nice one to add to the defunct retail collection.

Even though the community yard sales were a bust, I still managed to find a few nice cards in my mom's mega haul. And it will keep on giving as there are some treasures I haven't shared yet.
Posted by Adam at 11:00 AM