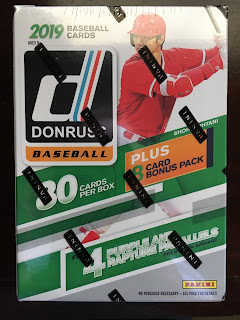 I've had this blaster of 2019 Donruss sitting around for a while now. I actually bought it a week or so before Opening Day but due to other things, I haven't had the chance to open it until now.

If you remember last year, I bought three packs of Donruss from the card shop and thought they were horrible. The pictures, the design, everything except the 1984 style cards was bad. Let's see if Donruss redeemed themselves this year. 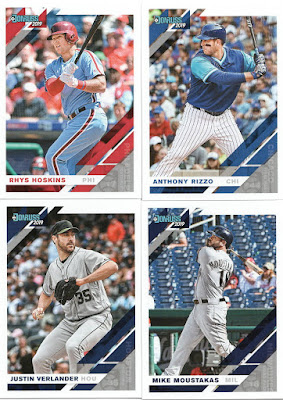 Here are the base cards. As is the case with Donruss, there are no logos or nicknames. Not that I mind that too much when photos like this do their best to hide that that. The Rhys Hoskins card is a throwback uniform variation that I noticed after sorting these to be scanned. As far as the design this year goes, I don't really mind it. It's pretty simple and doesn't try to be something it's not (and doesn't have wavy lines all over the place either like last year). 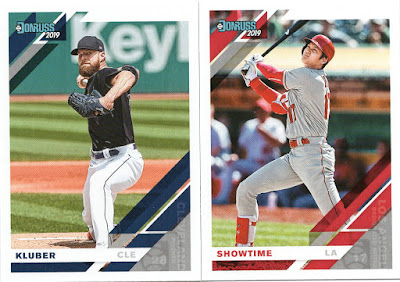 Of course, there are nickname variations. These are painless enough. 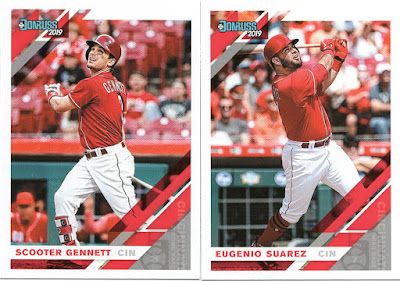 The two Reds cards I got in my box. Scooter Gennett is inching closer to coming back and re-joining the team after injuring his quad right at the end of spring camp. It makes me wonder though, who will be the odd man out in the infield since Jose Iglesias has been a heck of a fill-in with both his glove and his bat, and Derek Dietrich I think may have usurped Jose Peraza as the everyday second baseman. 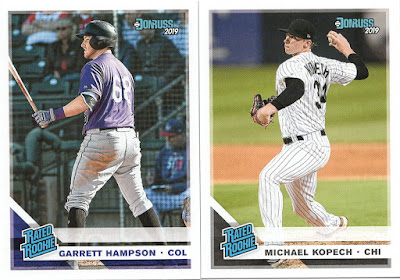 Here are a few of the Rated Rookies. I think there was one of these in every pack. These were literally chosen at random. Garrett Hampson is currently hitting .194/.224/.269 with Colorado and was actually optioned back to Triple-A as I write this. Kopech was 1-1 in only four games with the White Sox and will miss the entire 2019 season due to Tommy John surgery. 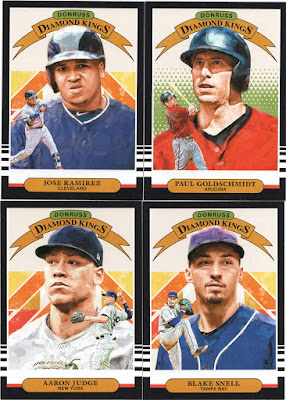 I think even the most ardent Donruss/Panini hater can probably find some good in the Diamond Kings cards. 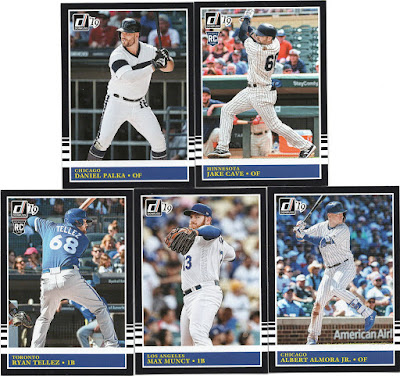 Every year since Panini brought Donruss back, they've had the back end of the base set devoted to old designs. This year it's 1985, which I sort of enjoy. As a matter of fact, my favorite Donruss designs are probably from the years 1982-1987. I wonder what they'll do when they reach 1990 as they've already used it for a base set design in 2017. 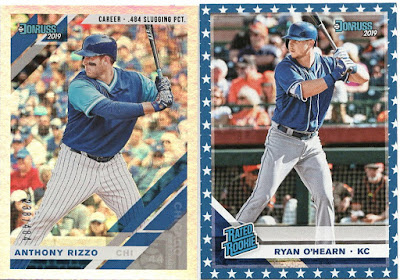 As it is with Donruss, there's a boatload of parallels and the the like. The Rizzo is numbered to 484 and the design on the Ryan O'Hearn card is called "Independence Day". The back also feels like it's a vintage stock card or something. 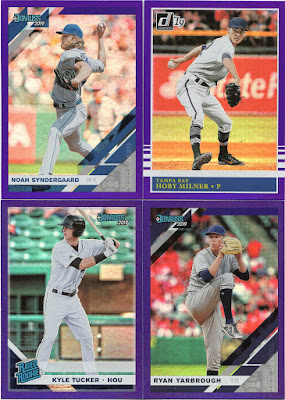 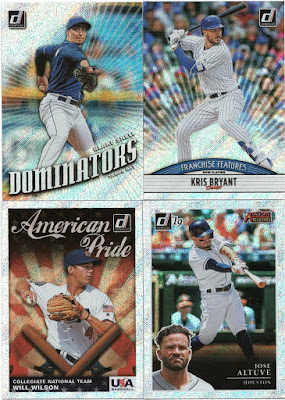 Speaking of shiny, there's a four card "bonus" pack with the blasters and inside contained these super shiny cards. I think my favorite of these is the Jose Altuve "Action All-Stars" card. One thing I didn't notice until scanning these is that the Franchise Features cards have a different player on the reverse side. 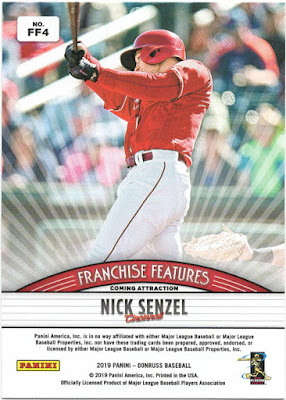 And would you look at who's on the back of the Kris Bryant, that being Reds top prospect Nick Senzel, who is doing quite well for himself both at the plate and in the field. After seeing him play, I can see why the Reds released Matt Kemp.

So that's a blaster of 2019 Donruss. It's a definite improvement from last year. I like the inserts and parallels, and especially the "Action All-Stars" set.