Gridiron Goodies From the Mega-Haul

I finally had the chance to start sifting through some of the cards from the giant box I featured in the last post. The amount of baseball cards to go through and sort out is just overwhelming. While I'll get to those eventually, I figured I'd start small and look at some of the football cards I decided to keep. 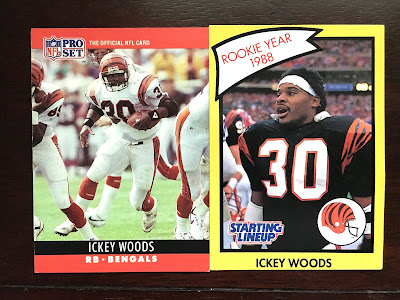 Ickey Woods cards are always a treat. The Starting Lineup card is a duplicate as I purchased that same card from a card show last fall. 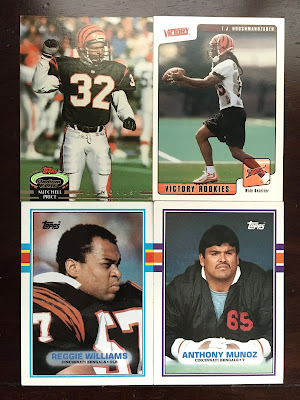 More Bengals, both old and somewhat new. The Munoz is another duplicate. It might either end up in the trade bin or in the donation box, not sure yet. The T.J. Houshmanzadeh card was one of the most recent cards in the box. 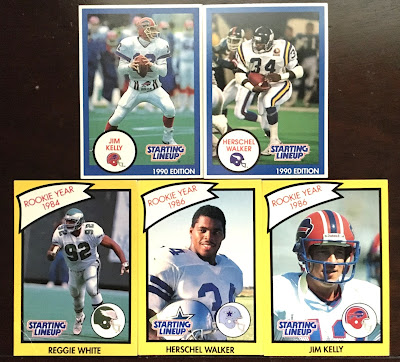 Starting Lineup cards are some of my favorites to keep. These are from the 1990 set where the yellow cards are considered variations, at least by TCDB. You'll notice as well that the two Herschel Walker cards depict him with different teams. The standard issue (blue) shows him with Minnesota but the variation has him with Dallas. 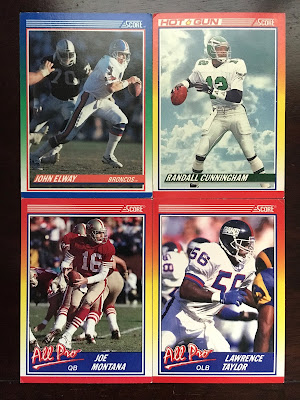 Some neat cards of some of the top names in football in 1990. I love the card of John Elway running for his life from the Oakland defender. 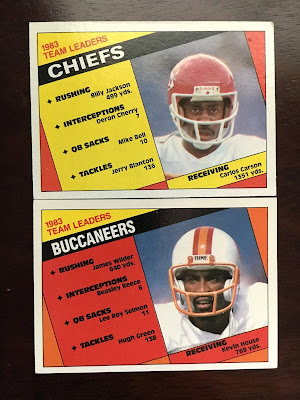 There's something about team leader cards that I just find fascinating. The Chiefs were 6-10 under coach John Mackovic in 1983 which was good enough for last place in the AFC West with Carlos Carson being named to the Pro Bowl. The Buccaneers were also a last place team, tying Houston for the worst record in the NFL at 2-14. 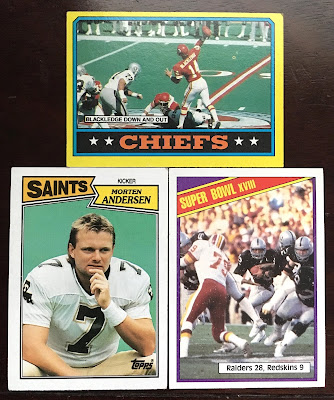 The Chiefs card reminds me of the "action football" cards I got from the community yard sale last spring (which by the way is only a week away as I write this). I also like the Super Bowl cards as I'm not that familiar with some football history so they help to educate me on past events like that. 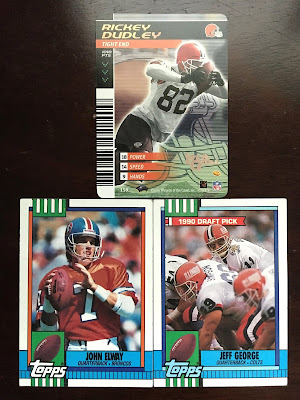 With this batch, I feel I've added a nice variety to my football collection. A few things were dupes, like the Ickey Woods and the Anthony Munoz, but other than that, I'd say this is a pretty solid batch of stuff.
Posted by Adam at 2:33 PM