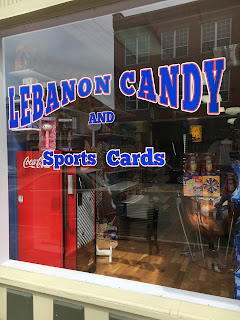 It's not often that a new card shop pops up these days so when I heard about Lebanon Candy and Sports Cards at the most recent Nutter Center card show, I knew I had to stop in and check them out.

Situated right off the main drag through downtown, the place reeks of nostalgia, right up to the signage on the windows. If they were going for a rustic feel, then they definitely nailed it. There are actually two doors as you walk in, the one on the right goes to the card shop, the other to the candy shop. Here's the view of the main counter. Suffice to say it's absolutely loaded with packs, boxes, blasters, and all kinds of stuff. The shop itself it very small but they've made really good use of the space. According to the guy behind the counter, the place used to be an antique shop and judging by the old display cabinets and the polished hardwood floors, I can see how that would be. 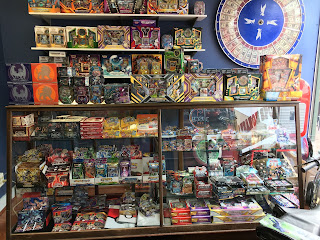 Besides sports cards, they have tons and tons of gaming cards like Pokemon, Yu-Gi-Oh, etc. They even carry the big Pokemon boxes that Wal-Mart and Target carry. 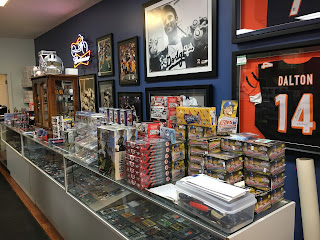 Here's more boxes and packs. This is more recent stuff including loads of Series 1. 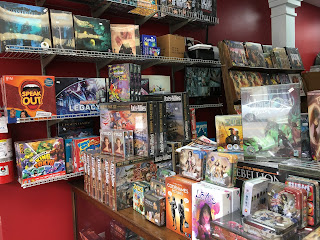 But wait, there's more! You want board games? They got 'em! 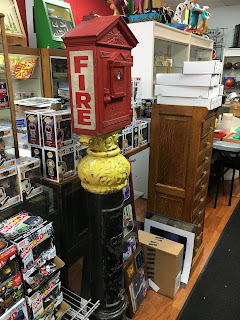 Here's a really cool thing right in the middle of the shop. It's an old fire call box that was used to alert the local fire departments. Seeing that Lebanon is an old historic city, it makes sense. As you can see, hidden behind the box is part of their Funko shelf. 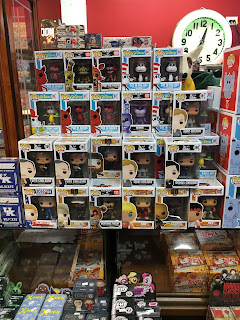 Here's just a portion of the Funko's that they carry. They've got everything from Street Fighter to Dr. Seuss to Walking Dead figures. 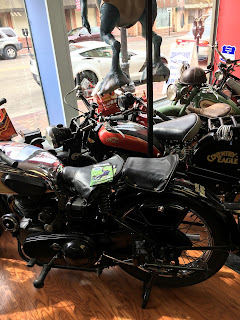 I nearly missed these old school motorcycles when I walked in. They definitely add a touch of character to the place, as if it didn't have enough already. 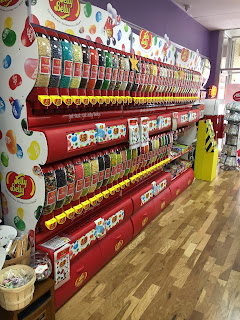 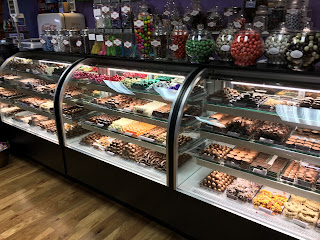 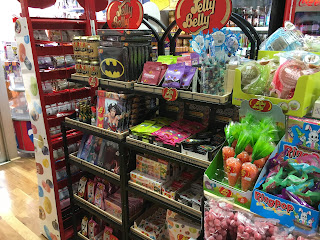 Next door is the candy portion loaded with anything and everything you could think of candy wise. There's a complete wall full of Jelly Belly dispensers, the counter is loaded with chocolate candies of all sorts and there's even a section full of pop culture candies. 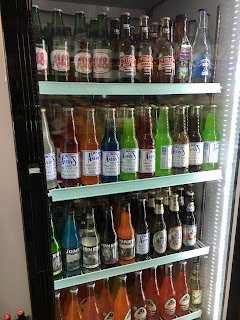 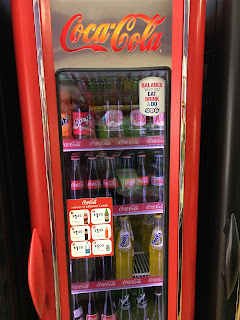 Of course, it can't be a candy shop without having pop (or soda if you will) by the bottle. There's craft sodas such as Avery's and Jones Soda along with other brands such as Ale-8-1, IBC Root Beer, and Virgils. The other refrigerator has your standard Coke products but they're in glass bottles!! 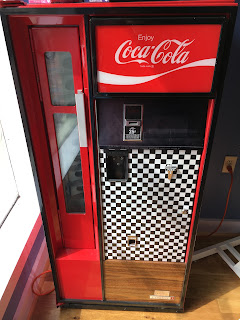 Speaking of Coke, look at this awesome old school vending machine. I'm not sure if it's operational but the price on it says 25 cents. Too bad I didn't have a quarter on me to try it out. 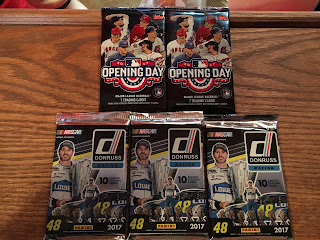 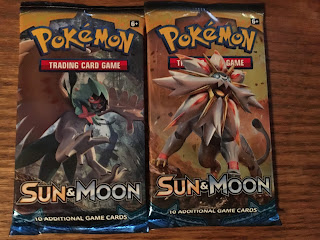 As for my purchases, I grabbed three more packs of Donruss racing, two packs of Opening Day, and two packs of the new Pokemon for my son. 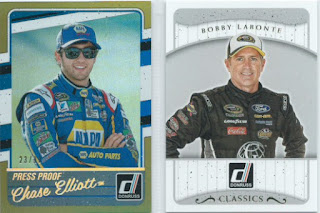 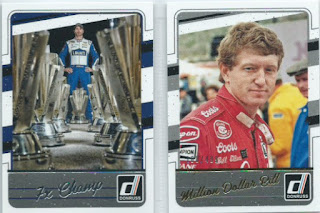 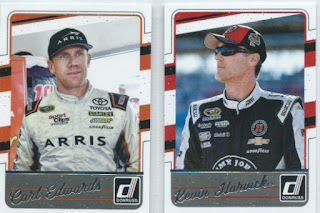 Here's what I got out of the racing packs. I did manage to get two of the nickname variations including a Bill Elliott gold. The best of the packs was the Chase Elliott press proof numbered 23/99. 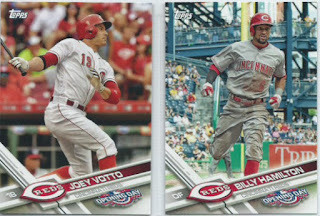 These were the first packs of Opening Day I think I've ever opened. These Reds cards came out of the first pack. I really, really like the picture on the Billy Hamilton card. 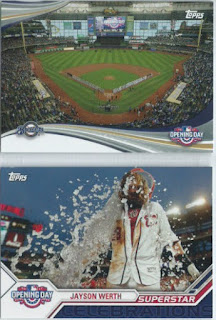 The inserts from each pack, a Brewers Opening Day card and a Jayson Werth Superstar Celebrations card. 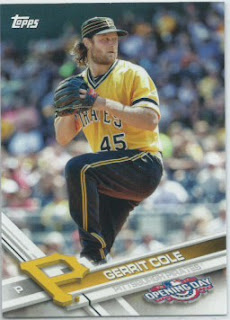 This card will go towards my throwback uniforms collection. The 1970s style Pirates uniforms are always a hit with me. 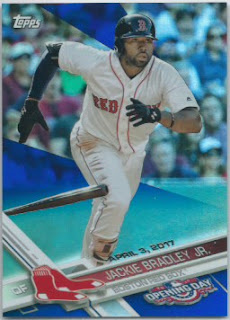 I know this is a parallel but I'm not quite sure what sort of parallel this is as it's not numbered on the back. Regardless, I'll set it aside for my "shiny card" collection.

This is a shop I'll definitely be back to, despite the fact that the card shop portion felt a little bit cramped. The pack prices are more than fair and I love the nostalgia factor and the uniqueness of a card shop and candy shop all in one.