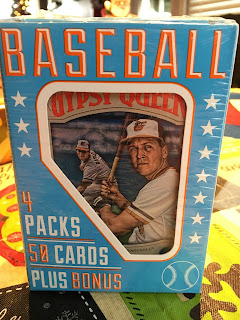 Since it's a new year, it's time to dive into some new kinds of repacks. Yes, they're made by the same people who make the Walgreens repacks I've been diving into over the past year or so but these seem like you get a bit more variety for the price. For $7.99, you get four packs, 50 cards, and a "bonus" item. Let's see what's inside ... 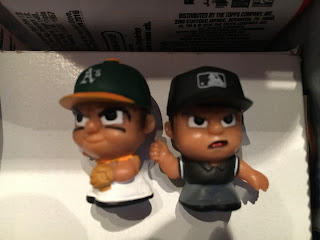 First up, the bonus item and I'm not sure what they are. I took to calling them "baseball buddies" since I didn't know what they were when I opened them. If I had to guess, I'd say they're from the little knock-off Lego sets that MLB puts out. 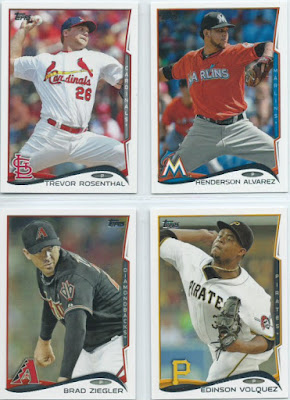 Moving on to the 50 card box that was contained within, it's about everything you would expect from a repack. It seems like its mandatory that a repack have at least four 2014 Topps cards in it. 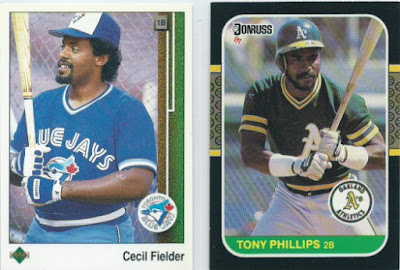 A few cards from the 80s. Cecil Fielder looks like he's ready to mash some long balls into the stands during BP while Tony Phillips looks less that pleased at the umpire's call.

The 90s were well represented with junk wax commons among these cards. I only scanned the John Wasdin card simply because it's a Reserve Collection parallel. 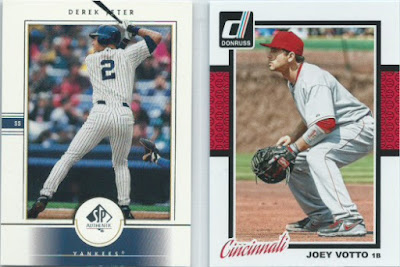 And I'll round out the mini-box with some more recent cards. The Jeter is definitely nice and I'll add it to my 2000s binder but the Votto is a duplicate and will either go in my donation bag to Goodwill or in my trade box, I haven't decided yet. 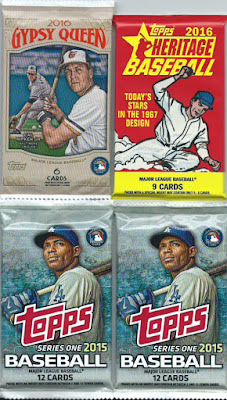 Here are the four packs that were included. Getting two packs from 2016 is nice, even though I wasn't the biggest Heritage fan this year. I was completely unexcited about the two 2015 Series 1 packs so I ripped into those first. 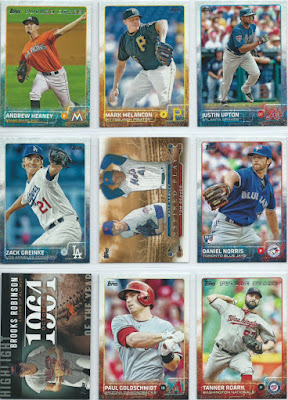 Here are the best nine cards I could conger up from the two Series 1 packs. Nothing spectacular aside from the Brooks Robinson insert. 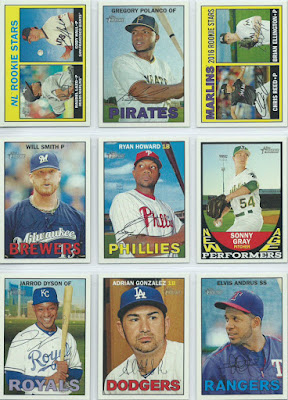 Here's the pack of Heritage. I'm still not the biggest fan of this but the Sonny Gray insert card is pretty nice. 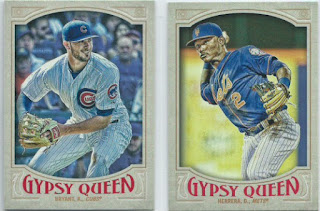 Finally, the Gypsy Queen pack. Only five cards in the pack, with one of those being a mini. I'll take a Kris Bryant card as the top card. Yes, please!

Here's the mini, Todd Duffey of the Twins. I'll add it to the bag of minis I have right now that I need to find pages for. 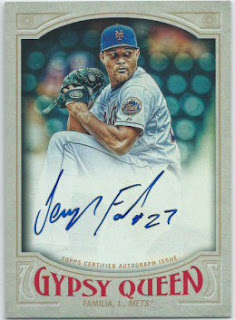 My crazy luck with pulling hits out of 2016 packs continues. To say this was unexpected would be an understatement, especially out of a retail pack. While I'm not the biggest Mets fan in the world, I'm still planning on holding on to this just because it's a nice looking card.

I definitely feel like I got my money's worth from this. Granted I got a lot of junk commons from the 50-card mini box but the packs were fun to rip and the bonus prize was neat. All in all, I'll definitely be getting these again and for only two more dollars than the Walgreens 100-card packs, there's some really nice variety to be had.