More Cards From the Barrel 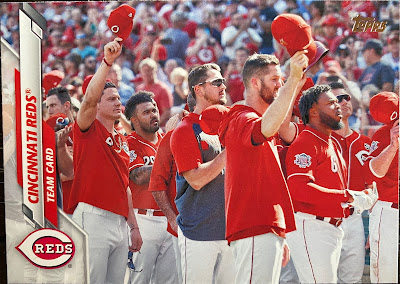 I want to tip my hat to Card Barrel.
I managed to finish off a bunch of the 2020 cards I wanted along with a bunch of other stuff I found on there while I did some digging through the site. 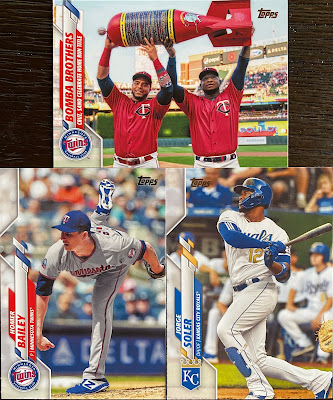 I'll start with some Series 2 and Update. I got these for mere loose change. These aren't necessarily players I collect but I thought they were just neat cards. 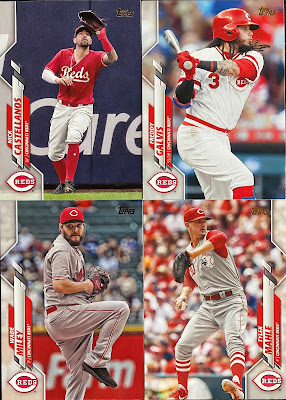 Obligatory Reds cards. The Reds were major players in the 2019-20 offseason signing people like Castellanos and Miley but so far this year have barely made a whisper this offseason. I got the Galvis and Mahle cards because I'm a sucker for throwback uniforms as well. 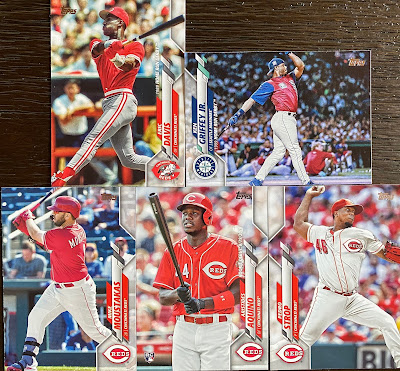 More Reds cards and a Ken Griffey Jr. Home Run Derby card. Pedro Strop qualifies as a "short term stop" card as he was a bust as a free agent signing and only pitched a grand total of four ... yes four ... innings for the Reds in 2020. 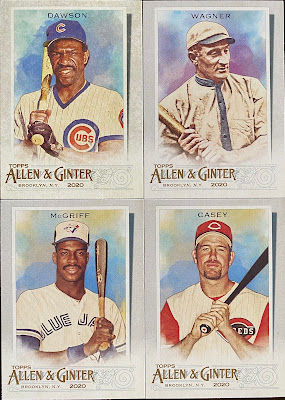 There wasn't a lot in A&G this year that really attracted me but I did find these four cards. I also need to look through the inserts sections on Card Barrel as I primarily went for base cards. Also, I couldn't pass up a Fred McGriff Blue Jays card. 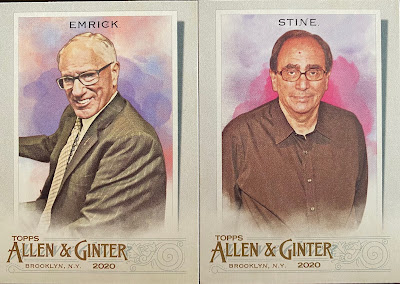 Another thing that I really don't get with A&G is the celebrities. I don't know hardly any of the celebrities that A&G features in their sets but ... these are two I just absolutely had to have.
I got back into hockey because of watching Doc Emrick and listening to him call hockey on NBC and NBC Sports. He's absolutely one of the best announcers of any sport I've ever heard. Call him the Vin Scully of hockey if you will. He retired from broadcasting after last season but still does voiceover work for NBC hockey. I got his autobiography for Christmas as well and I'm really looking forward to diving into that as soon as I can.
Speaking of books, I started to get into fiction writing because of R.L. Stine. I read the Goosebumps books as a kid but they never really made an impression on me. Then a few years ago, I watched the Goosebumps movie with Jack Black as R.L. Stine and wow ... that was a really fun and really good movie. The thing that inspired me in the movie to starting doing my own writing was the scene where he has to write the book as the movie continues to figure out the end. It's really a good movie and I highly recommend it ... and if I ever complete any fiction stuff I'll be sure to update everyone as well. 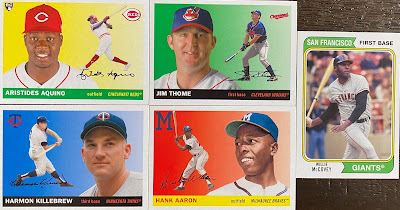 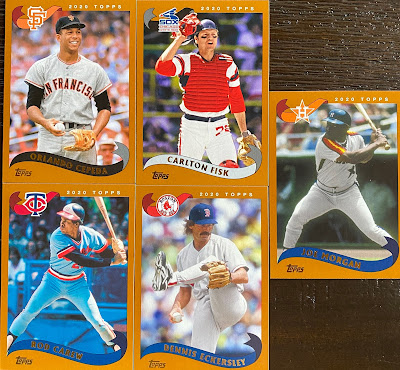 Here's a bunch of singles from Archives. I was honestly hoping to find a lot of cards from the 1974 design so was a little disappointed that I only liked the Willie McCovey card. However, I found several from the 2002 design that I liked so I guess that evens out. On the plus side as well, there's a Dennis Eckersley Red Sox card and a Joe Morgan Astros card so I was pretty happy about that. 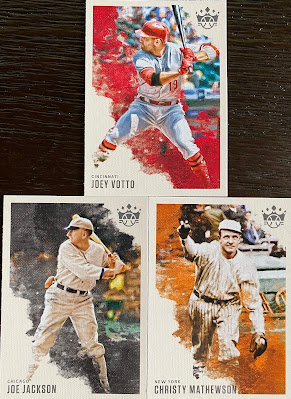 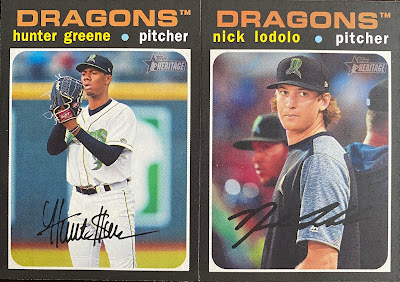 Some cards from Diamond Kings and Heritage Minors. Diamond Kings works really well with old time players who don't have logos on the uniforms like Shoeless Joe and Christy Mathewson. I don't collect a lot of minor league teams except for mainly the Dayton Dragons. However, it's kind of hit and miss when Topps includes the Dragons in their sets but when they do, I like to try to nab as many as possible. Plus these aren't your typical posed shots, their in-game photos which I prefer. 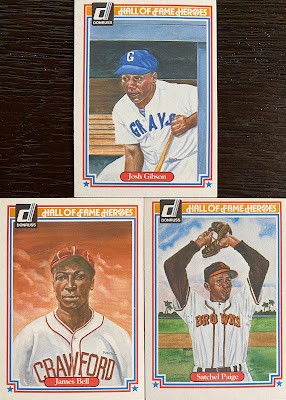 I picked out a bunch of random cards too ... well, because ... why not? The Negro Leagues don't have a lot of representation in my collection so I made sure to grab these from the 1983 Donruss Hall of Fame Heroes set. Satchel Paige gets a lot of representation in Topps sets but other players like Josh Gibson and James "Cool Papa" Bell unfortunately don't. I'm hoping that will change now that the Negro Leagues are considered part of the official MLB canon. 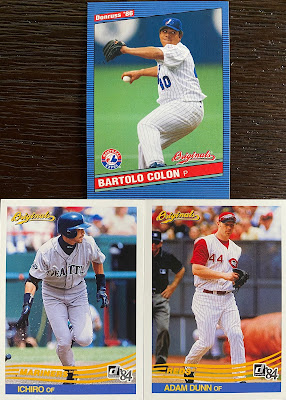 Some early 2000s Donruss Original goodies. These are cards I really need more of in my life. The 2000s are pretty much a collecting black hole for me and for some reason cards of that decade are super hard to come by in dime boxes or anything like that. I'll probably go back for more of these on my next order. 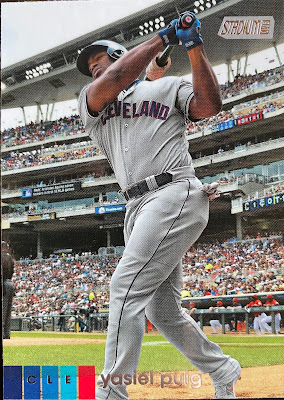 Here's the lone 2020 card I didn't cover earlier, this being a short-term stop card of Yasiel Puig who, as of this writing, has yet to resurface in the majors after splitting 2019 between the Reds and Indians. 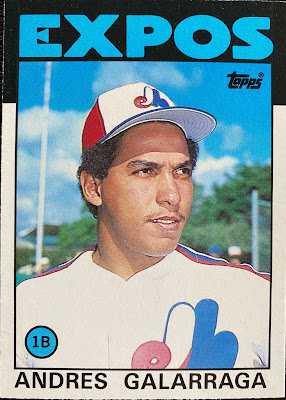 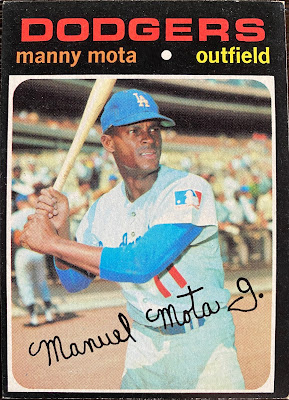 Some oldies but definitely some goodies. I couldn't pass up an Andres Galarraga rookie card for mere pocket change. Nor could I pass up a 1971 Manny Mota card that's in very good shape for only a dollar. I've mentioned this in the past but I like the 1971 set so much that my goal is to get as many cards as I can afford from the set. I know I'll never have the money to complete it but I can definitely do the best I can. 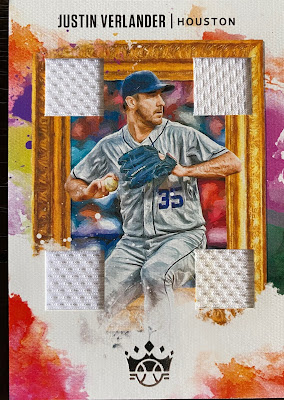 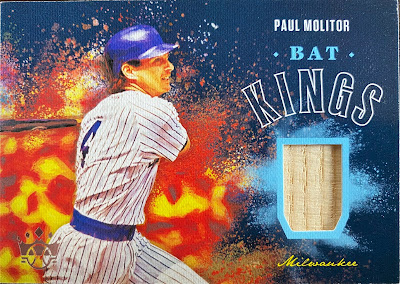 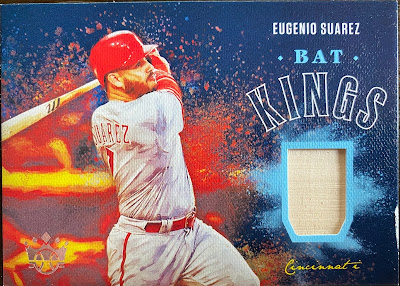 I'm always one for a good deal on cheap relic cards and I just couldn't pass on these from 2020 Diamond Kings. Sure the Suarez is a little dinged up on the edge but that's fine with me. 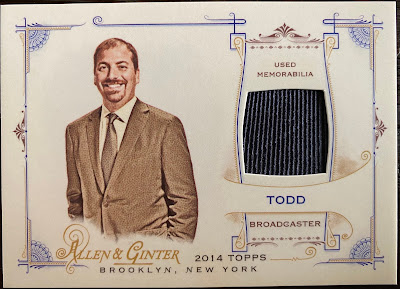 I did a number on their $3 relic cards as well. Scrolling through there is like sifting through a virtual bargain bin, occasionally you'll come across something interesting. And that's exactly what happened when I stumbled across this Chuck Todd card from 2014 A&G. I thought, why not. Let's just grab a card of a TV news guy I like as we pretty much flipped between him and Steve Kornacki on Election Night last year. Topps totally needs to include Steve Kornacki in A&G by the way. 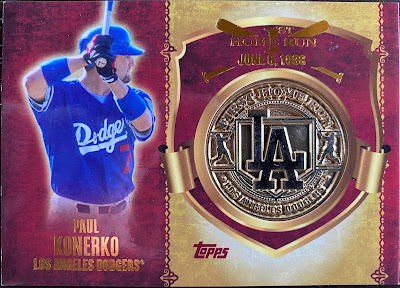 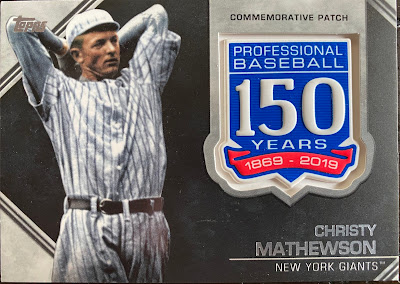 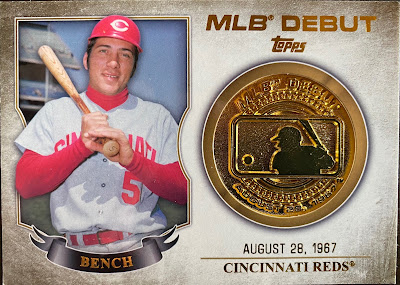 A large part of the $3 relic bin are these manu-relics, which I honestly don't mind all that much. I think they're honestly pretty neat and I'll probably go back and grab some more. It's hard to pick a favorite of these three but if I had to pick, I'd do with Paul Konerko since it shows him with the Dodgers.
So that closes out another order from Card Barrel and this was a super great birthday haul. I highly, highly recommend ordering from Card Barrel if you haven't already. The prices are great, the shipping is free with orders over $25, and there's new stuff added all the time.
Posted by Adam at 10:30 PM