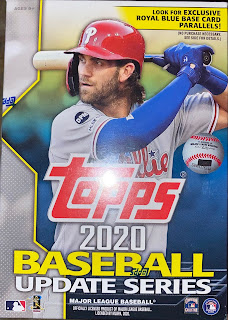 I finally found some cards out in the wild!
While I was at the local Walmart a week or so ago, I decided to take a look at the card section. I'd set myself up for disappointment as every single time I've looked at a card aisle be it at Walmart, Target, or even Meijer, the shelves are completely bare (or there's loads of hockey cards which no one can be bothered with). This time though, I was surprised! There was exactly one blaster of Topps Update and one blaster of Topps WWE Finest. I was tempted to get the WWE cards but settled on the blaster of Update.
I didn't care if the box was awesome or if was a bust, I was just so excited to finally find cards in the wild again and open some packs! 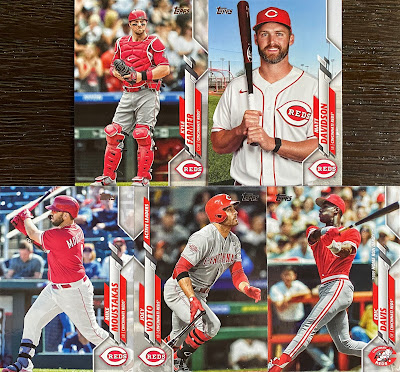 I won't go pack by pack but I'll show some of my favorites and just some general neat cards. Starting off, here's the obligatory Reds lot. The Eric Davis card you'll see in an upcoming post about my most recent Card Barrel order from the holidays. The most curious card in the here is Matt Davidson, who became a footnote in Reds history on Opening Day to be the first-ever Reds DH on Opening Day. 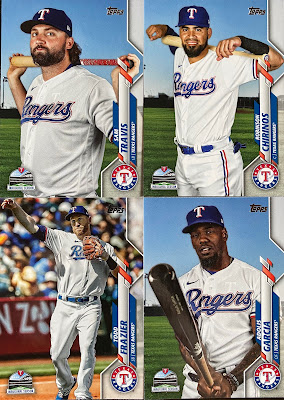 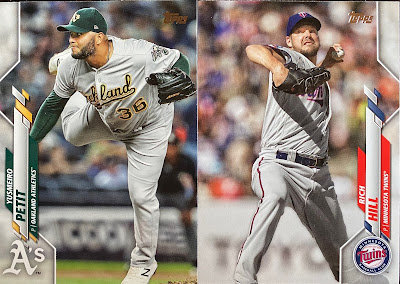 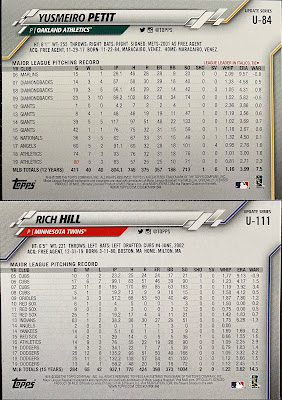 One of my absolute favorite things about both Flagship/Update are the stats on the back. I especially love it when I get cards from players like these two who have been around forever. I mean, look how small the stat lines are on Rich Hill's card. You'd need a magnifying glass to see it. 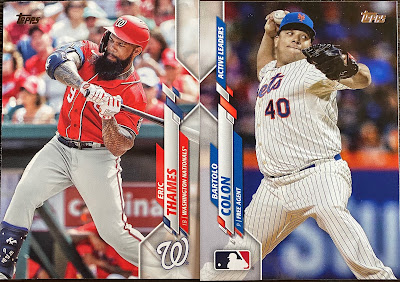 Nothing special about these cards. I just thought they were neat, especially Bartolo Colon. It's not often that you see a player noted as a "free agent" on a card. 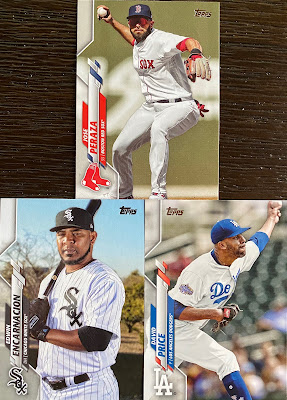 These guys look weird in these uniforms. 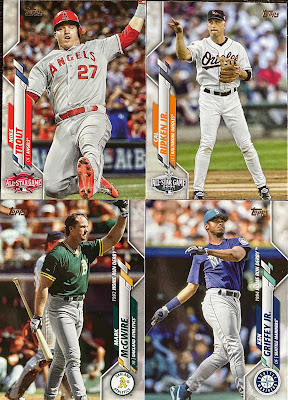 With there being no All-Star Game and no Home Run Derby this year, Topps included images from ASGs and Derbys past. I actually kind of like these. The Mike Trout is from the 2015 game in Cincinnati and I wonder if there are others. I'm still also working on putting together all the All-Star Game and Derby cards from 2015 Update. 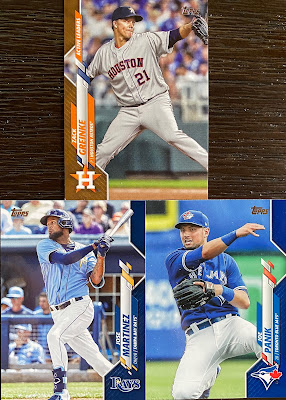 Here are some parallels. I think the blue ones are Wal-Mart exclusives. 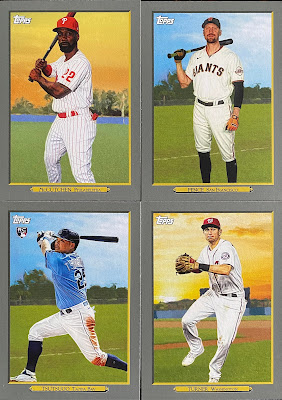 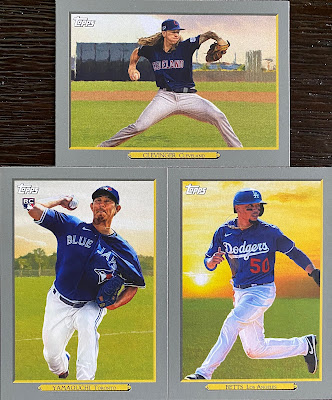 Each pack had a Turkey Red card. The action ones are nice but I just find the posed shot ones boring. 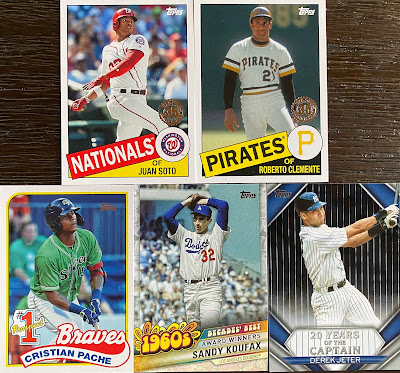 Inserts were prevalent. I've been meaning to get some of those "Decades Best" cards. 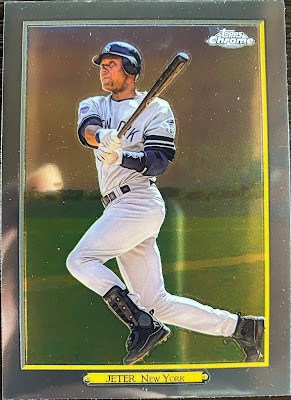 I was really excited that this Turkey Red Chrome Derek Jeter card came out of the box. Getting cool inserts like this is honestly pretty rare for me when I get blaster boxes. 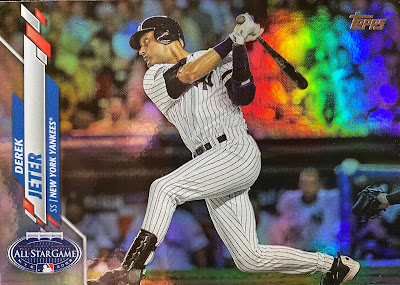 The same pack that held the Turkey Red Chrome card also held this nice foil parallel as well. If you're keeping track, that's two nice Derek Jeter cards in the same pack. Those were definitely worth the price of admission here. 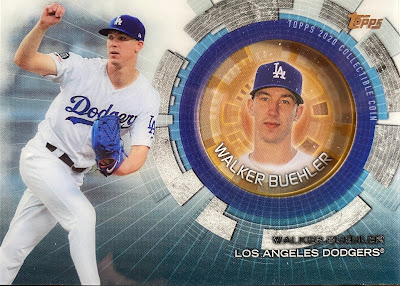 Lastly, as is the usual case with blasters there's some sort of manu-relic. This time is a collectible coin card of some sort. The honestly looks better in person that it does here. The problem is that these things are about the size of a brick in thickness (ok, maybe not but they are super thick) so finding something to put this in will be a bit of an issue.
Overall though, I enjoyed this blaster a lot. I got a lot of fun cards, had a blast opening a few packs, and was pretty happy overall. I'm looking forward to the 2021 cards coming out soon and if I find a blaster or some retail packs in the wild, I'll grab those.
Posted by Adam at 10:24 PM