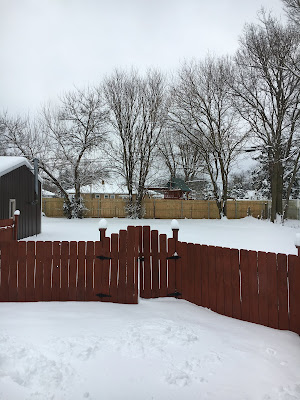 According to the local National Weather Service office, my town received 8 inches officially. I felt every bit of that 8 inches as well when I went out this morning and shoveled and salted the driveway for three hours.

I received cards a few weeks ago from Marc at Remember the Astrodome. Marc is from Texas, someplace where it's warm and they don't have to battle with snow and salt. Let's see what Marc sent. 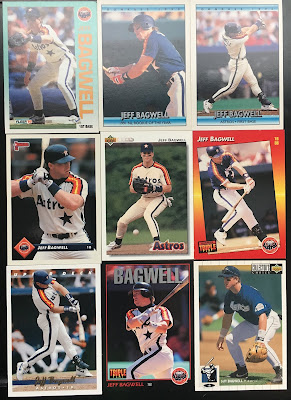 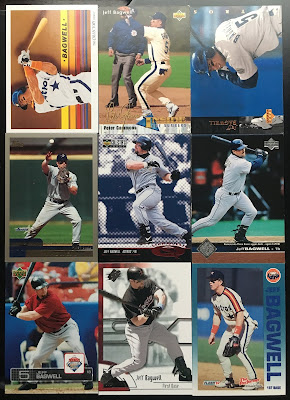 First off, Marc hit on a bunch of my player collections. There were about 18 new Jeff Bagwell cards included, which helped increase my Bagwell collection substantially. The nice thing is too is that they're from all rages of Bagwell's career. 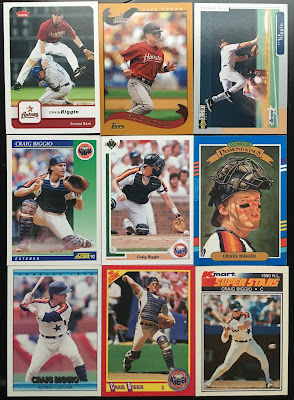 There were also some Craig Biggio cards. 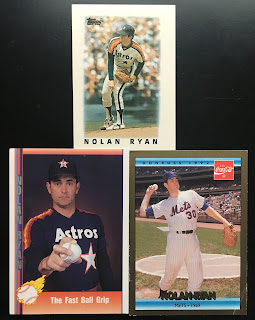 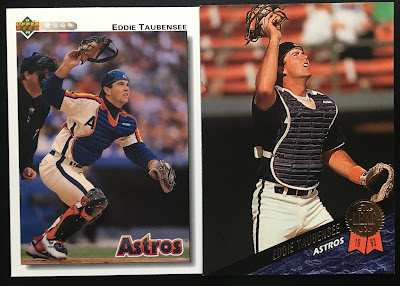 And finally some Eddie Taubensee cards. These are two brand new cards to me. I also 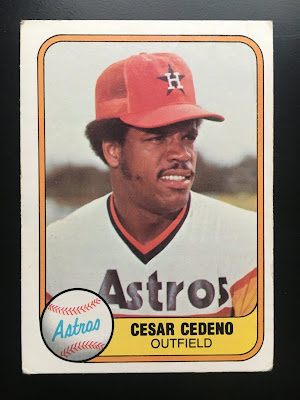 Moving on, from the player collections, Marc included a great number of other cards, including this Cesar Cedeno card from 1981 Fleer. This may seem like just a random card but it's a nice card of a former Red. 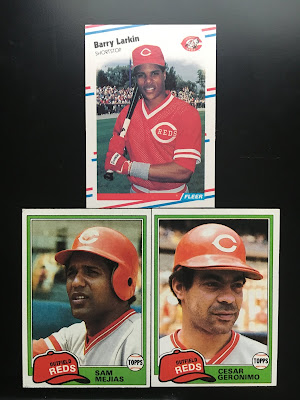 There was also a good pile of Reds cards, including these cool cards from the 80s. I really like 1981 Topps and feel like it's a forgotten set. 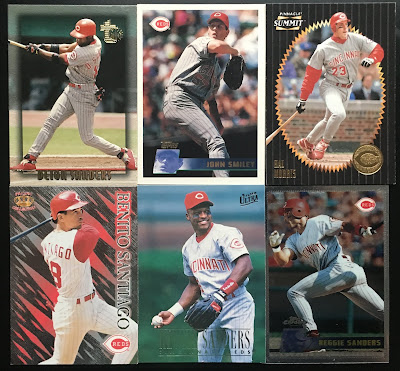 90s cards! These are right in my wheelhouse as I love collecting Reds from the 90s. They had some fun teams and lots of great players on those teams like Hal Morris, Reggie Sanders, and Benito Santiago. 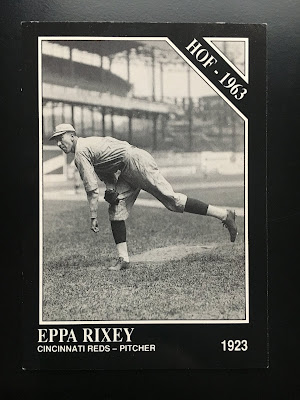 I remember this card from my initial foray into collecting when I was a kid. At the time, I'd never heard of Eppa Rixey but I came to realize he was a star for the Reds in the 1920s. In 13 seasons with the Reds, he appeared in 440 games with a 179-148 record and a 3.33 ERA. Before the Reds, he spent 8 seasons with the Phillies and was just as dominant. He was inducted into the Hall of Fame in 1963 by the Veterans Committee. 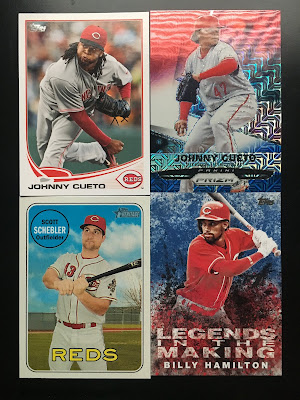 Closing out the package from Marc, here's some more recent Reds cards, including Johnny Cueto and Billy Hamilton, two Reds who are no longer Reds. Hamilton was non-tendered by the team this winter and signed with Kansas City as a free agent. 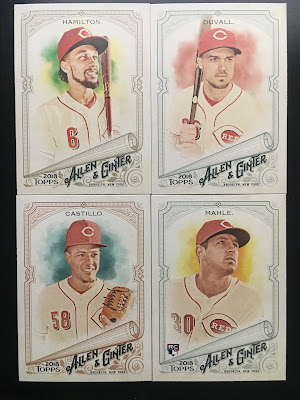 Lastly, here's some 2018 Allen and Ginter Reds cards. I spent exactly zero dollars on A&G packs and such last year and I intend on continuing that trend this year. Castillo and Mahle will be battling for a spot in the back end of the rotation this season that looks to already be vastly improved from last year.

There were also some cards that Marc sent that I didn't include here, like some additional Bagwell cards and some Ken Griffey Jr. cards mainly because when I took the pictures, they didn't turn out all that well. I appreciate Marc sending these over. I'm building up some Astros to send back in return, once spring hits and all the snow melts.