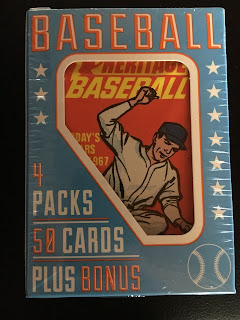 So last Sunday morning I was minding my own business watching TV and then, out of nowhere, boom, the power goes out. Most times, when my power goes out, it's only out for a few minutes and then comes back. Not this time. I reported the outage and got a text update back saying the estimated time for restoration is two hours from when I reported it (so roughly noon). I figured what better way to keep myself occupied than by organizing some cards and tearing into a repack. 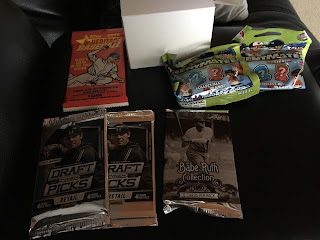 Since the power was out, I had to take pictures of everything using my phone. While I've never been all that great at taking pictures of cards, I think I found a good way to do it. I took pictures for some other posts coming up soon and they turned out well enough that I might have a new preferred way to show off cards as scanning can be rather tedious, especially when there's a lot to do, and it means I have to hole up in the bedroom away from everyone. Anyway, I digress. Here's the contents of the repack and it looks oddly familiar, packs and all, as if it was a clone from the previous repack. There's two packs of the TeenyMates, two of the Panini Draft Picks, a Babe Ruth pack, and 2016 Topps Heritage, plus a 50-card bonanza. 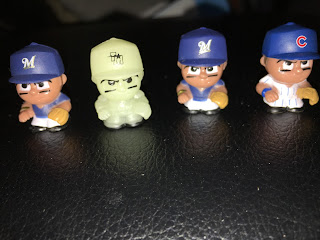 First up, the TeenyMates packs. I looked over the back of the packs before opening and it mentioned glow in the dark figures. So guess what came out of the very first pack? Yep, a glow in the dark figure which I'll admit is pretty cool. I kinda like these little dudes but let's see what else is contained within. 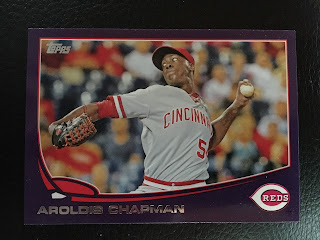 Now the highlights from the 50-card mini box. Much like the other box, it started off with a Toys R' Us purple parallel, this time of Aroldis Chapman. Also, bonus points for the throwback uniform. 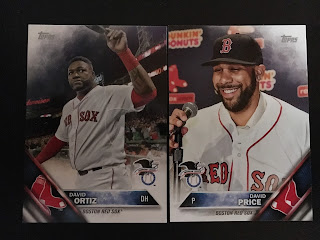 A few 2016 Topps Red Sox cards of David Ortiz and David Price from the team set. 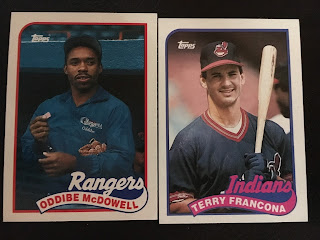 And a few randoms from the mass of 89 Topps that made up about a third of the box. I'll admit, it was kind of neat getting a card of Terry Francona when he was playing for the Indians, long before he was managing them. Also, check out Oddibe's custom warmup jacket. 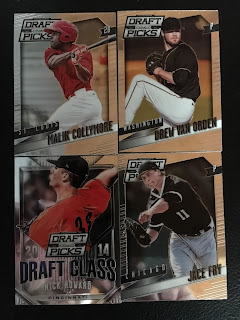 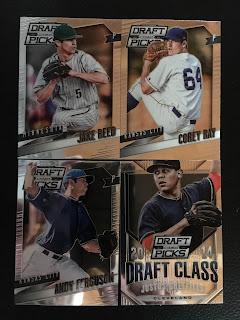 The contents of the two packs of the Panini Draft Picks. I'll keep exactly two of these, Nick Howard and Justus Sheffield. The rest will find their way into either the trade box or Goodwill donation bag. I didn't bother with the Babe Ruth pack as it has been set aside, unopened, for a new home. 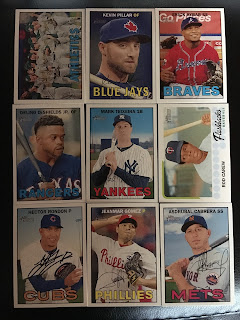 Finally, the 9-card Heritage pack. The best card here is the Rod Carew flashbacks insert but the most colorful is definitely the Erick Aybar card.

This repack definitely felt like a dud, the same exact packs as the last repack, only a handful of redeeming cards from the 50-card mini box, but the TeenyMates figures were pretty cool at least. As for the power outage, it turns out it was caused by a squirrel that somehow found it's way into a relay box.