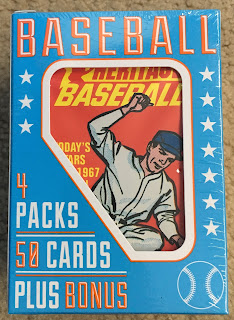 Rejoice! Spring Training has officially started! While I have been enjoying the hockey season this year, I'm ready for some baseball. Being that I haven't been able to pick up any 2018 Topps yet (that will probably change by the time you read this) what better way to start off the dawn of a new season than with another baseball repack. This time along, I've got the 4-pack, 50-card variety. 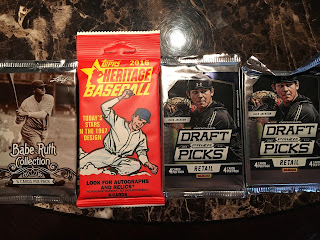 If you're not familiar with these, then you get four packs, a 50-card mini box, and a "bonus". I tend to think of the "bonus" prize in terms of the prize you get from a cereal box, nothing spectacular but sometimes kind of neat. In terms of packs, there's a Babe Ruth Collection, 2016 Heritage, and two retail packs of the Panini Prizm Perennial Draft Picks. The Babe Ruth pack I've already earmarked for Dimebox Nick so I won't be ripping into that, but the others I will, at least the Heritage pack should be somewhat fun. 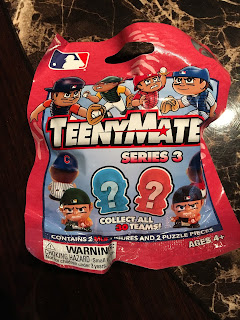 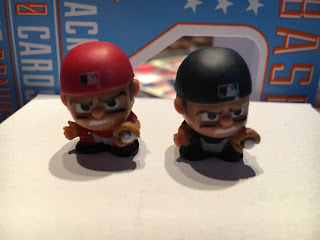 This was the bonus prize, a pack of Teeny Mates baseball figures. In the pack, there's two figures and two puzzle pieces. I'm not sure what good the puzzle pieces will do me but the figures themselves aren't bad. This particular pack had a Reds figure and a Mariners figure. 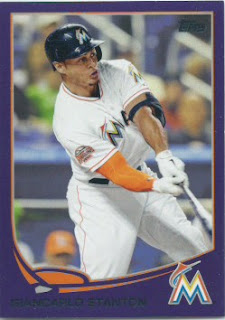 Moving on to the 50-card mini-box. It's to be expected that there will be a bunch of commons from the late 80s and early 90s in these but a good 90% of the box was that. There was so much, in fact, that I had trouble finding cards from the box to scan, something that typically isn't an issue. I did manage to find a few gems, but not many. This was the top card of the stack, a 2013 Topps Toys R' Us Purple Parallel of Giancarlo Stanton, late of the Miami Marlins. 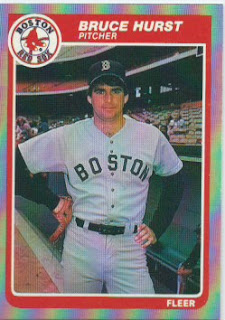 The oldest card in the mini box, a 1985 Fleer Bruce Hurst. No, it's not some goofy rainbow parallel, my scanner just seems to hate 1985 Fleer. 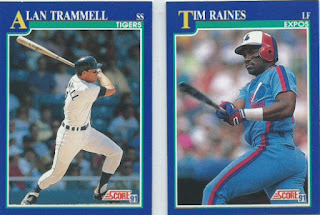 Some recent and future Hall of Famers in Alan Trammell and Tim Raines. Good to see that Trammell is finally getting his place in the Hall. Now, if we can just get Lou Whitaker in there as well. 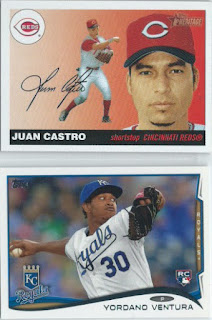 A few nice horizontal cards, including one of Juan Castro, who I'd completely forgotten about until I saw that card. Castro spent the middle eight years of his career (2000-2008) with the Reds as a utility infielder, playing mainly third and short. 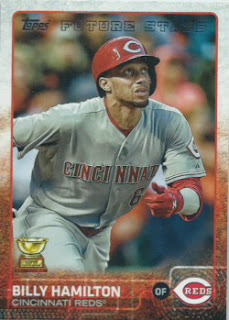 Can't go wrong with this either, a Future Stars Billy Hamilton card with the Topps Rookie Cup on it. 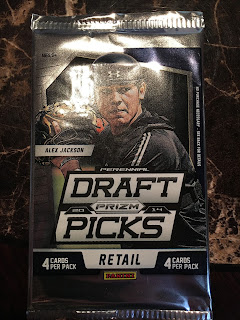 Moving on now to the packs of Panini Prizm Draft Picks. These are a staple of these type repacks and never really do much for me. 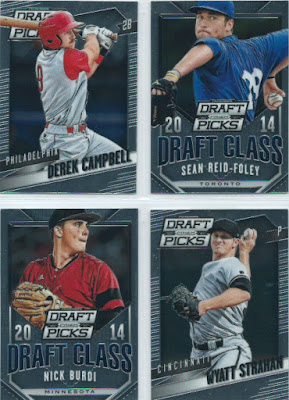 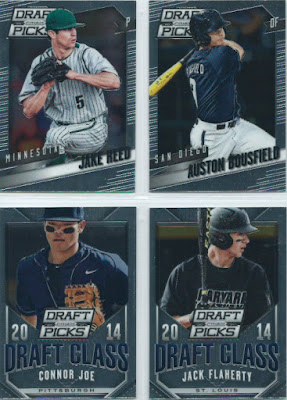 Only four cards in each pack and nothing really here to write home about from either pack. Jack Flaherty is at least someone I've heard of. Some of these will be thrown into the trade bin, the rest, I guess, will reside in the collection for now or will be set aside for the Goodwill bag. 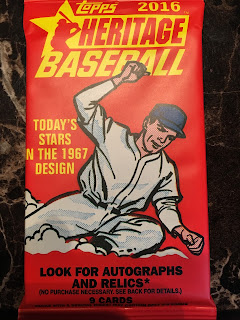 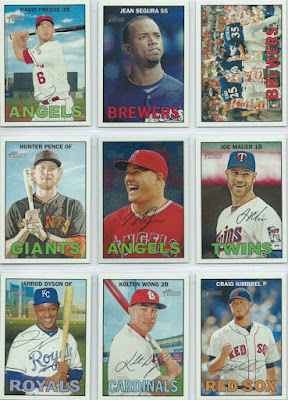 There you have it, a few interesting cards but wait, what's that in the middle? Why it's a Chrome parallel of Mike Trout #'d to 999. Here's a close up of it ... 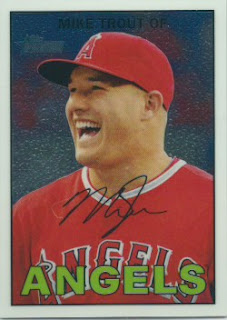 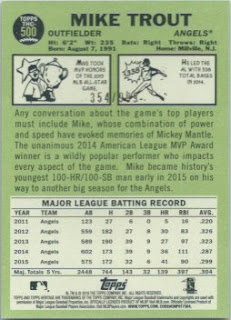 So yeah, I'd say that was a pretty decent pull from a Heritage retail pack. Anyway, that puts the bow on a another repack. I'd say this was pretty much a bust aside from what I decided to show. Hopefully the next one will be better.