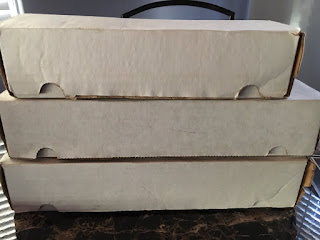 As promised in Tuesday's post, here's the continuation of the cards from the mystery yard sale boxes with my favorites of the 90s cards I found in the haul.

With the 90s cards, Dime Box Nick would've had a field day with some of these. Some cool double play cards and Trevor Hoffman fiddling with a camera. 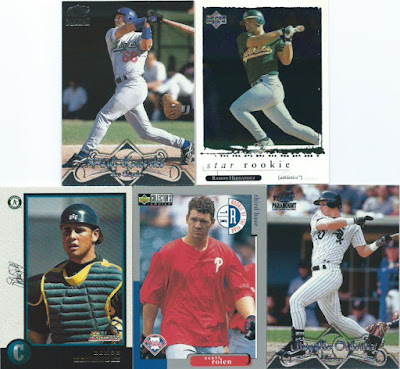 Some nice rookie cards and early career cards. Ramon Hernandez might be someone I eventually add to my player PC as I always liked him when he was with the Reds. Finding a Konerko Dodgers card was a treat as well although I'm not a big fan of Pacific. 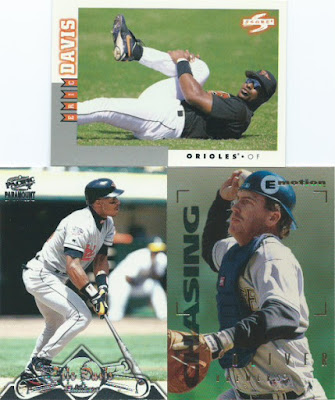 Eric Davis and Joe Oliver are two former Reds shown here with two teams they definitely don't belong with. Davis spent two seasons as a member of the Orioles, 1997 and 1998. The 1997 season wasn't all that great, with him only appearing in 42 games. However, he had a bounce back season in 1998 with the last great year of his career hitting .327/.388/.582 with 28 homers and 89 RBIs in 131 games. He even finished in the top 20 of AL MVP voting that season. 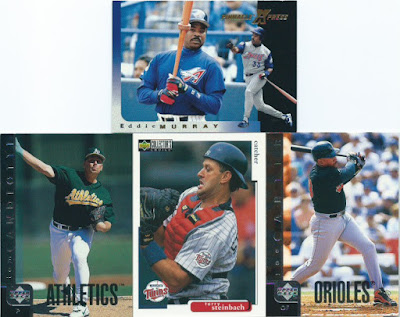 More "short term stops" cards including Tom Candiotti as a member of the A's, Joe Carter as an Oriole, and Eddie Murray as an Angel. Terry Steinbach spent three seasons at the end of his career with the Twins, so that doesn't count as short term but I didn't remember it at all until I saw this particular card.

I thought Sportflix cards were just a fad of the 80s, turns out they lasted until the mid 90s. In case you can't make out the players pictured, left to right its Pedro Martinez, Don Mattingly, and Jeff Bagwell.

A couple of neat Jim Thome cards for my collection of his. 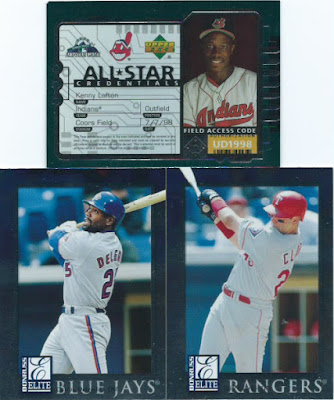 Oooo! Shiny cards!!! I really like the Delgado card but the Kenny Lofton All-Star credentials card is really a cool looking card.

These cards scanned like absolute crap but there were a boatload of Roger Clemens Blue Jays cards in the boxes. Juan Guzman is a press proof card numbered 1 of 2000. I'm not sure if that holds much weight but here's the proof ... 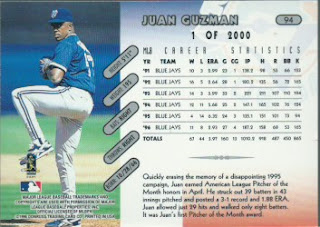 Again, not sure if it holds weight like numbered parallels in today's world. Regardless, it's still a nice card. 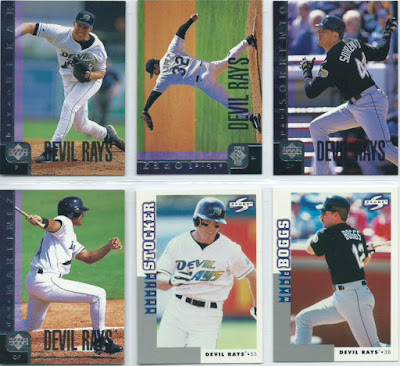 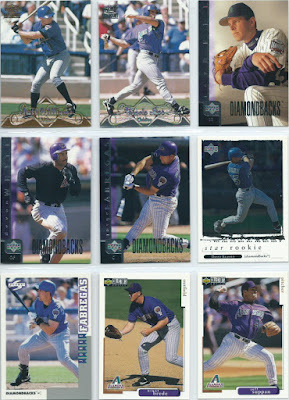 Diamondbacks cards were in more supply than Rays cards. I don't have many early cards from either team so these definitely will fit in nicely. 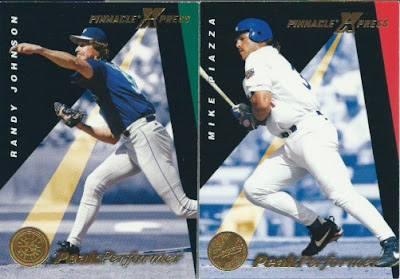 Nearly time to wrap this up so I'll show some stuff rapid fire .... first, some Pinnacle Xpress Peak Performance cards of Randy Johnson and Mike Piazza. 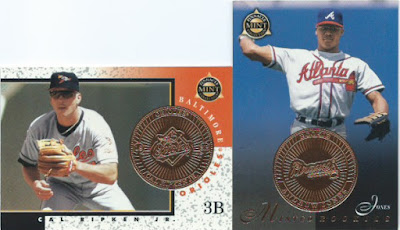 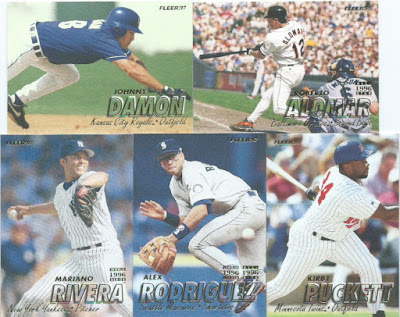 And I'll put a bow on this treasure trove of a yard sale haul with some 1997 Fleer.

For three bucks, I'd say that I definitely got more value than that out of this, especially due to the sheer number of 90s cards I found that I didn't already have. I really appreciate my step mom picking these up for me.