It's that time again! Time for another WWE tent pole PPV event (Survivor Series) which means its another entry in the Wacky Wrestling VHS Boxes series. This is the one-year mark of the series which started last year on Survivor Series Sunday. Join me in raising a glass for this series surviving one year by reading about some old wrestling tapes. 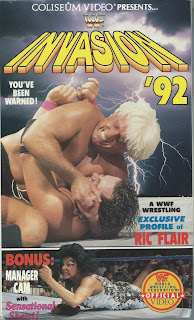 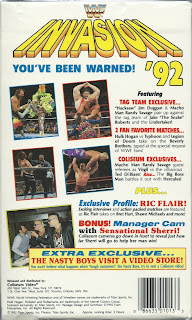 My first memory of this tape has nothing to do with actually watching it. When I was a kid, the video store down the street had two WWF tapes, Royal Rumble 1992 and SummerSlam 1994. I constantly rented both of those on a revolving basis. The Royal Rumble tape I remember had Mean Gene at the beginning hocking new releases, one of those being Invasion 92. Many, many years later I found this on eBay at a more than reasonable price and picked it up. While the matches like Hulk Hogan vs. Typhoon and Randy Savage vs. Virgil may not be five star classic, the pure nostalgia of seeing Sean Mooney and the Coliseum Video crew cosplaying as the crew from the USS Enterprise throughout the whole tape worth it. 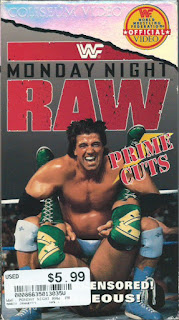 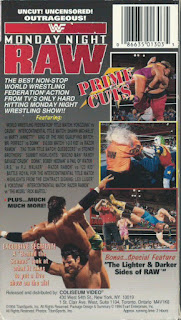 Back in the summer, on a trip up to Maverick's card shop in Kettering, I stopped in to another cool place a few doors down in the same shopping center called Game Swap. I think I've mentioned this before but the place has the exact feel of a video store from the 1990s. DVDs sectioned off by genre, old VHS tapes along the wall, arcade games for 50 cents, and other assorted movie and TV stuff. Toward the end of the VHS wall, they have a section for "sports" and bunched in with said sports tapes are the wrestling tapes. Mostly the tapes are stuff from the Attitude Era but occasionally there's an old Coliseum Video tape hanging out there as well. Such was the case with this tape. There are a few fun matches on here like Mr. Perfect vs. Doink, a 20-man battle royal, and three title changes. The Shawn Michaels vs. Marty Jannetty match on here though is definitely recommended viewing. Couple that with the fact that I'm pretty sure this is the only tape Rick Martel was ever featured on the cover of and I'd say this is a really fun tape. 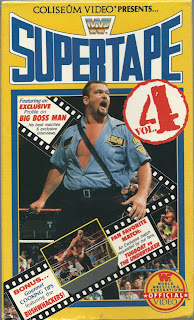 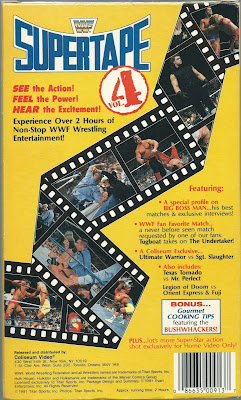 What's that in your VCR? It's super! It's a tape! It's a Supertape! I always thought that the Supertape name was sort of limiting. Would this still be called "Supertape" if it was re-released on Blu-Ray? Perhaps I'm putting too much though into these things. Anyway, the Supertape series took over the original Best of the WWF Series and this is the 4th of the said series. Only one more Supertape was released after this and that was in January of 1992. Anyway, it's been a while since I've watched this tape but there are some interesting bouts on here, especially Undertaker vs. Tugboat where Undertaker is actually going by the name of Kane the Undertaker, which was shortly after his debut. 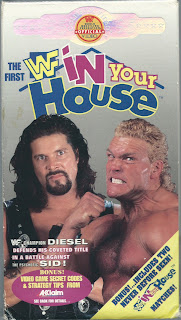 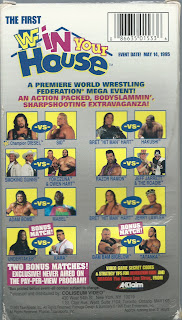 Let's end this with a first, the first In Your House that is. In Your House was a series created in 1995 to be ran on the months where there wasn't a tentpole event or King of the Ring. This first one took place on Mother's Day 1995 and has a pretty interesting card. I like the fact that they threw in two bonus matches to make this feel a little bit special. By the way, look at Sid on the cover of this. He looks like he's ready to just ... well, I don't know what.

Hope everyone enjoys Survivor Series tonight. If anything else, it's definitely going to be an interesting show.