Everyone's favorite Cardinals fan, Kerry at Cards on Cards, was looking to shed some excess cards recently and I was the beneficiary of a nice bubble mailer a few weeks back. The only thing he asked is that a PWE or something gets sent back his way. 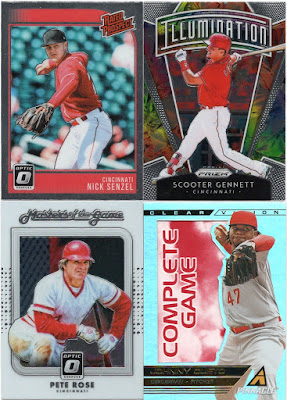 The bubble mailer was quite the eclectic package. Lots of Reds and lots of other stuff. Here are some shiny Reds that will definitely find a home in my Reds binder once it's re-organized. The Johnny Cueto card is some sort of shadow box card from the revived Pinnacle line a few years back. 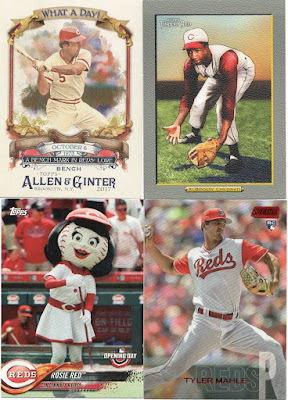 I've never really been much on the Turkey Red cards but I really like that Frank Robinson card. All of these will also land in my reorganized Reds binder. 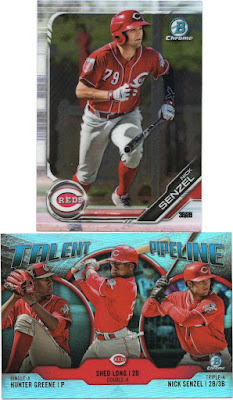 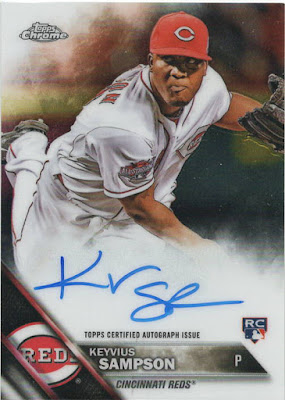 Keyvius Sampson has not resurfaced in the bigs since appearing in 18 games for the Reds in during the 2016 season. He was a decent pitcher and pretty much filled a gap in the bullpen and made spot starts as needed. For 2019, he spent the season with both the Giants Rookie League and Double-A teams appearing in all of six games. Here's a fun fact though...he was the KBO league's (as in the Korean League) strikeout leader for 2018. 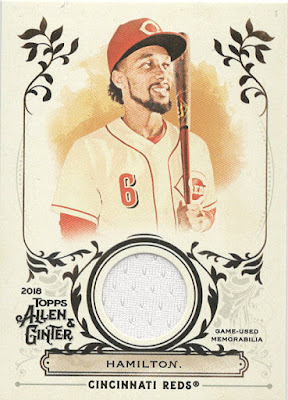 Here's a nice Billy Hamilton relic card. I was not expecting this but I'll take it. 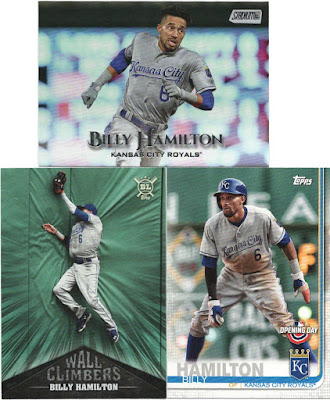 Speaking of Billy Hamilton, here are some cards of his when he was with the Royals. He didn't fare too well in Kansas City this year and hit a paltry .211 over 93 games. He was picked up by the Braves on waivers in August and has made 17 appearances for them as of this writing. 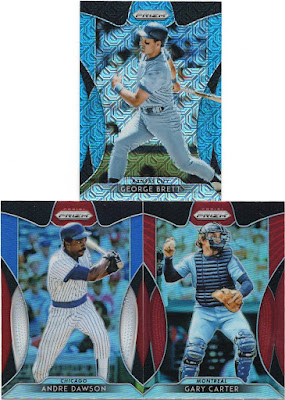 I love me some shiny cards and these certainly fit the billy. I've really, really liked what I've seen from the Panini Prizm line this year. 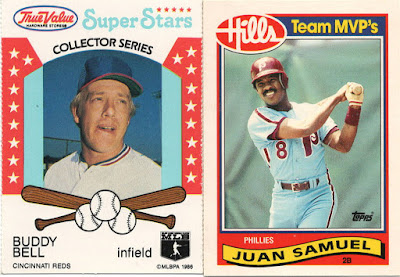 Oddballs are always appreciated as well. I've already covered Hills in a post this past summer but this is the first I've seen of cards from the True Value line. For those not familiar, True Value is a chain of independent hardware stores throughout the US (for those in the grocery business, kind of like an IGA) that sell tools, appliances, lumber, paint, etc. The Buddy Bell card above is from their 1986 set, which was the only mainstream set that the company ever produced. 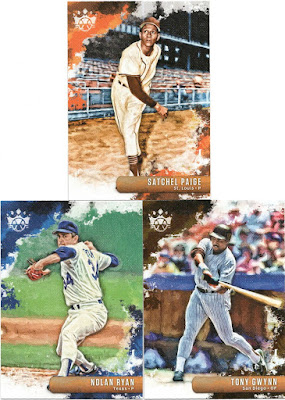 Diamond Kings cards of Hall of Famers. I think it's great that card companies create cards of Satchel Paige with the Browns as that team it nearly all but forgotten about. 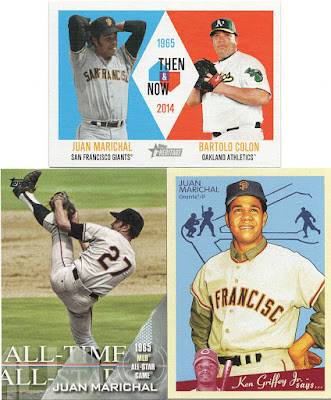 A few great cards of Juan Marichal including a card of featuring both Marichal and Bartolo Colon. How can you really go wrong with that? 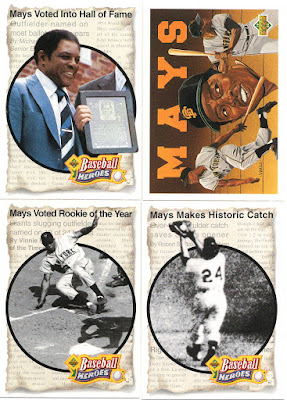 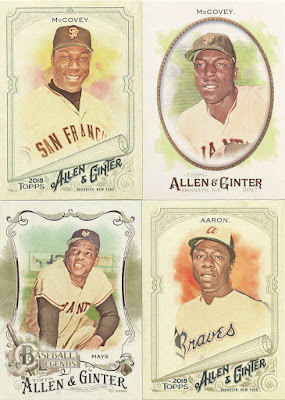 More Hall of Famers, this time from various runs of Allen & Ginter. 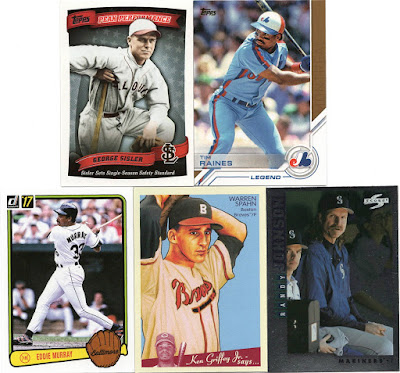 And finally, a nice random batch of cards that I couldn't find any place else for in this post.

Lots of great stuff here from Kerry. I appreciate him sending these over and I'll return fire here soon with some Cardinals cards.