A New Type of Repack 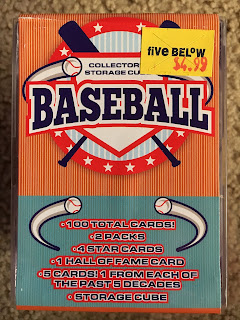 Until recently, I'd never set foot in the store Five Below. I'd heard of it before and was told they had some cool things but until recently never went in there. What I saw though was fantastic! If you've never been, it's pretty much a hip discount store with toys, games, snacks, candy, trinkets, etc all for five dollars or under (hence the name). I went in with very low expectations but found that I probably could've bought a number of things. I contained myself and walked out of there with two of these repack cubes for me and a bag full of orange Airheads for my wife. 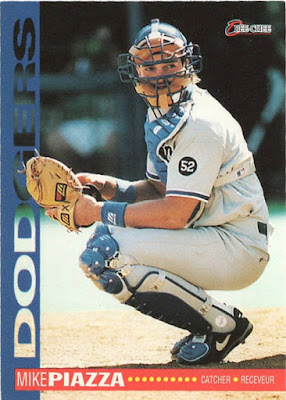 I kid you not when I say that literally every single repack cube on the shelf (and there were about 18 or so) had a Mike Piazza card visible. Half of them had this exact card showing as well. Since this is an O-Pee-Chee card, I just had to grab this cube. I forget which one the other cube had. 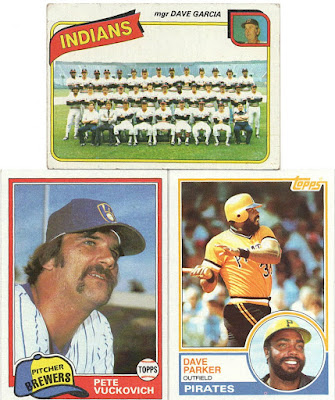 The front proclaimed several things, including cards from "each of the past five decades". That would mean cards from the 70s, right? Nope. The 1980 Indians card was the oldest card I could find in the lot. I'll take it though. Plus early 80s Topps like the Vukovich and the Parker are always fun finds as well. 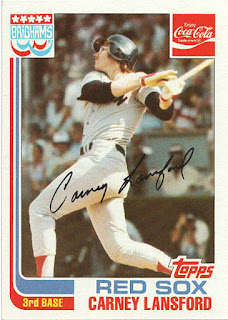 Here's an interesting card. I've never heard of Brigham's but apparently it was a regional ice cream chain and also a brand of ice cream found in the New England area. In conjunction with Coca-Cola, they issued a 23-card Red Sox set that shared the 1982 Topps design. I'm not sure if these cards were available at the ice cream shops or at the store in the carton. Maybe someone out that way can enlighten me? Regardless, pretty interesting to find a regional oddball all these years later in a repack in southwest Ohio. 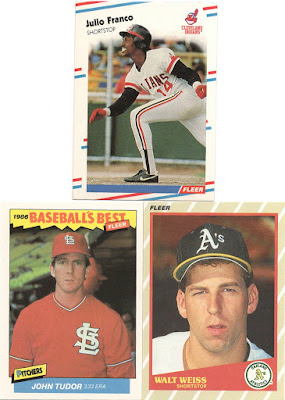 Some miscellaneous 80s cards including John Tudor and Walt Weiss, both of whom look very unimpressed. 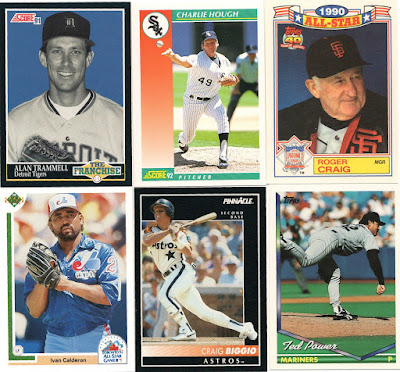 Another promise of the repack was that it featured one "hall of fame card". Well, together with the Mike Piazza card I showed to start with, there's Alan Trammell and Craig Biggio. That brings the Hall of Fame total to five. 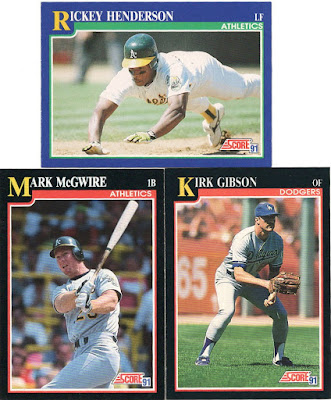 1991 Score. Not a bad selection of players here. Rickey brings the Hall of Fame total to six. 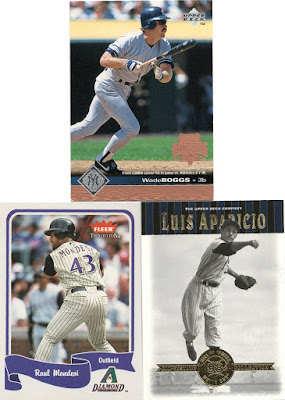 More modern cards from the 2000s. The Luis Aparicio card has to be one of my favorites from the box. 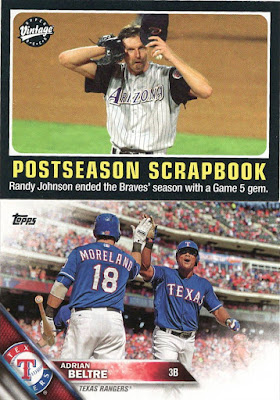 Here's a few cool horizontal cards that I found. I was genuinely happy when I saw the Randy Johnson card from 2002 Upper Deck Vintage. I'm always on the lookout for cards from that set but I'm not to the point yet where I'd consider officially putting the set together. Also, the Johnson card puts me at nine "Hall of Fame cards" for the lot. 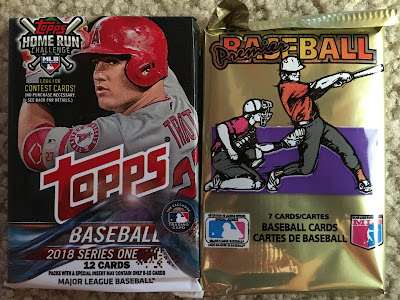 The repack box/cube/whatever also said there were two packs included. The 2018 Topps pack was the one shown and the other was a pack of 1991 O-Pee-Chee Premier. 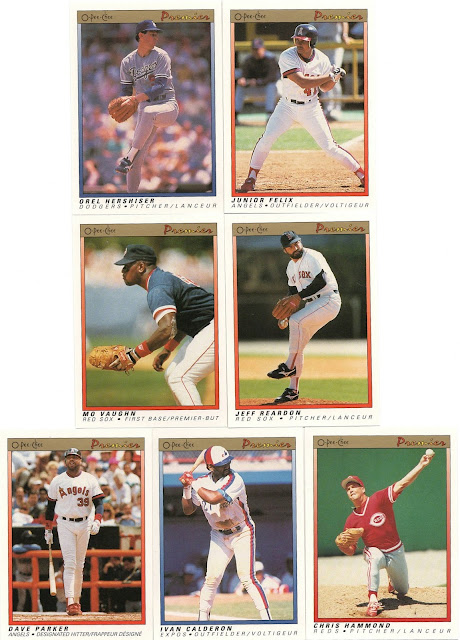 Here's the contents of the O-Pee-Chee pack. Nothing too terribly exciting here. My keepers will probably be Orel Hershier, Mo Vaughn, Jeff Reardon, and Ivan Calderon. Dave Parker I already have somewhere. 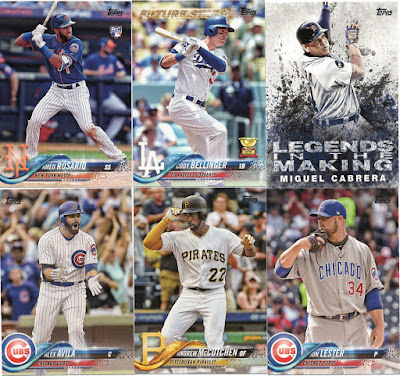 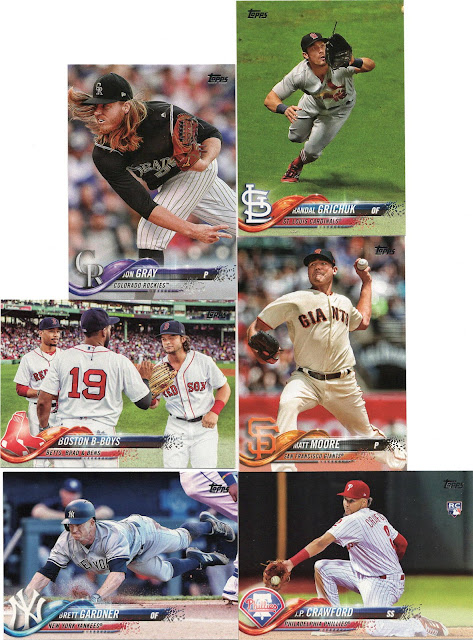 And the contents of the Topps pack. I'll probably keep Amed Rosario, Cody Bellinger, Randal Grichuk, and the "Boston B-Boys" card. I'm honestly more happy with the O-Pee-Chee pack than I am this.

There's the contents of a repack from Five Below. I've got another one of these to bust into soon but maybe I'll hold that off until next month.